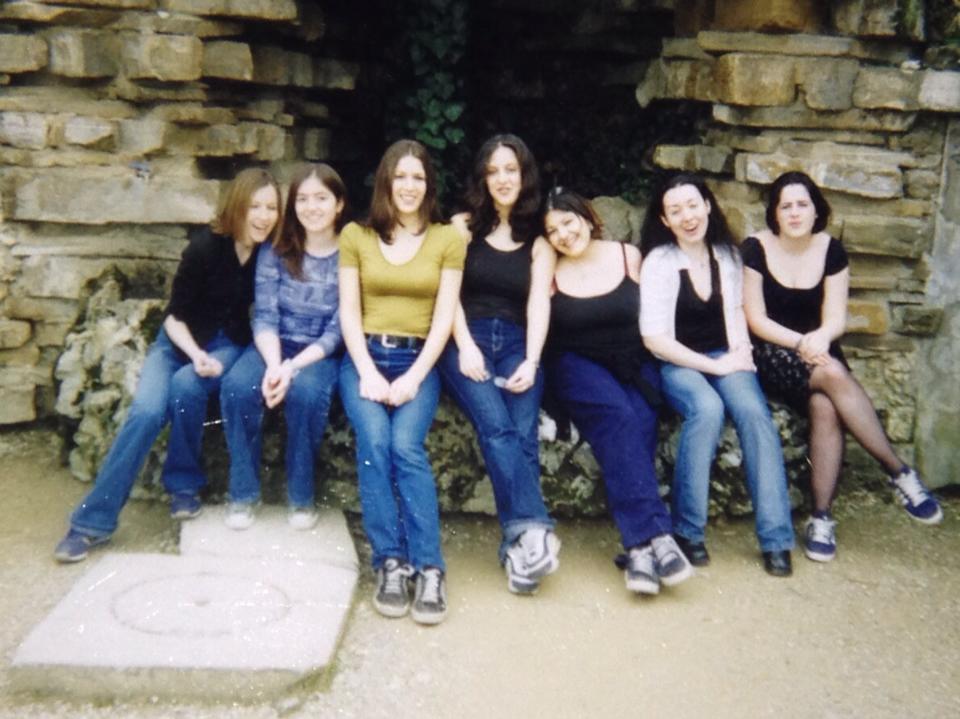 Last week, my Facebook feed was full of friends proudly posting pics of their kids in their shiny new uniforms ready for their first day at school – which in itself is enough to make me feel mega old. I mean, my friends from school now have their own kids actually going to school! How very ‘Inception’ and what a mind fuck.

Then I started to have a proper reminisce about my own school days. Because I’m WELL OLD, I was at primary school from 1986 to 1993, followed by high school until 1997. This is therefore a bit of a mash-up of 80s and 90s school memories, because I couldn’t be bothered to write two separate posts, soz about that.

So anyway, here are some of my recollections from those golden years (for anyone not born until the actual 90s or beyond you won’t have a frigging CLUE what I’m talking about, so think of this as a history lesson, from a time when Teletext was considered a brave new world, our phones all had wires and we only had four channels on the telly – I KNOW RIGHT).

Btw, the header image is actually from my first year at college circa 1998, but one of the perks of going to school before the Internet was invented is that it’s REALLY hard to find embarrassing old photos of yourself from your YOOF *shrugs  shoulders*

2. Then covering your many hard-backed ring binders with ALL of the Smash Hits stickers. Even the shit ones with Big Fun on.

3. Having one of those chunky biro pens that you clicked to change colour – and annoying the bejesus out of your teacher by constantly clicking it throughout the lesson.

4. Getting all your pre-term stationery needs from Woolworths (#RIP) and WH Smith. 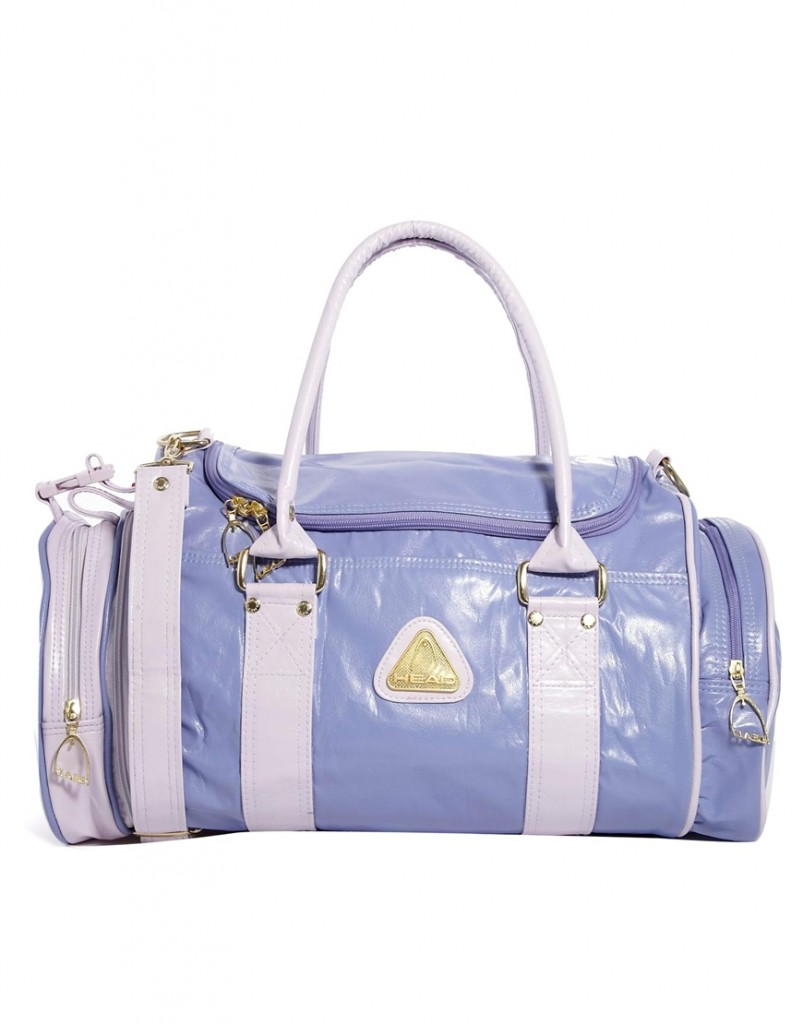 5. Carrying your gear in a pastel-hued Head holdall bag that was basically bigger than you.

6. Until you got into happy hardcore (LOL) and got a record bag for all your stuff.

7. Going to Clarks to get new school shoes with your mum in the 80s. Having an argument about getting Magic Steps and WINNING.

8. Going to Dolcis to get new school shoes with your mum in the 90s. Having an argument about getting Palladiums/Kickers/Wallabees and WINNING.

9. Wearing a (baggy) navy Fruit of the Loom jumper instead of your official (itchy, V-neck) school sweater and feeling like a BADASS. 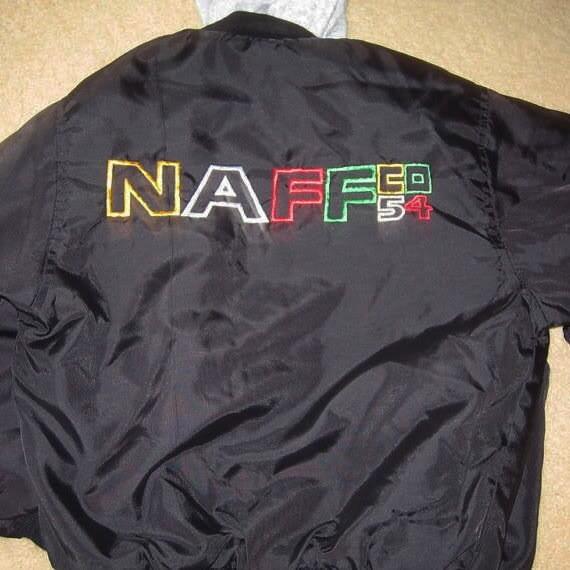 11. Your jacket was a shiny Naf Naf ‘Naff Co 54’ bomber (a fake one from the Sunday market). Or perhaps a Spliffy one, blissfully unaware that you were emblazoned with drug paraphernalia. LOL.

12. Mind you, you’d get your ‘off duty’ clothing from Jeffrey Rogers and Bay Trading, ‘cos girl gotta look sharp on a Saturday.

13. It used to cost you 30p for a bus journey. THIRTY FUCKING PENCE!

14. Getting a swanky new geometry set every school year, complete with protractor. NEVER USING ANY OF IT. Except for the compass, to etch your name in your desk 4EVA.

15. Having a wooden desk with a lift-up lid to store all your shizzle. And a little ink-well for some kind of fucking quill, because we so ancient.

16. HAND WRITING your mammoth and ridiculously detailed project on volcanoes/the Egyptians/something else because PCs didn’t exist back then.

17. Staining paper with a tea bag to make Ye Olde Worlde scrolls for history lessons. Forgetting to stain the paper FIRST and smudging all of your writing. Shit.

18. Wondering what wizardry a ‘correction pen’ was and never failing to marvel at the fact you could wipe away your inky cartridge pen blunders. Until it sort of reappeared a few weeks later. Oh.

19. If you didn’t have the above, you had Tipp-ex. For correcting mistakes made in biro. And graffiting ERRRYTHANG. And sniffing behind the bike shed. Jokes! 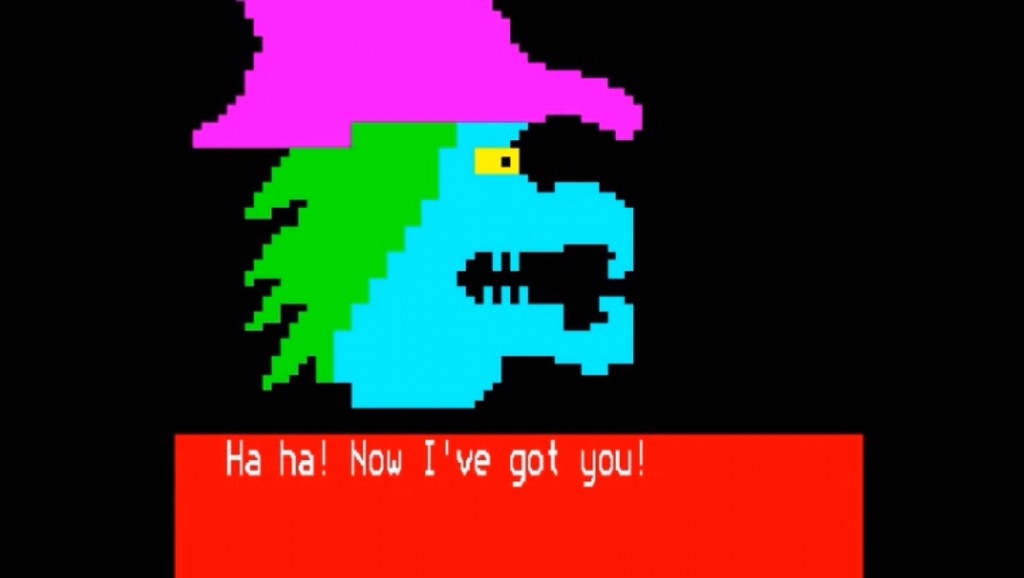 20. Your mind being blown playing Granny’s Garden on the school’s state-of-the-art BBC Micro computer. And being scared shitless of the Wicked Witch. And the spooky sound track.

21. The feeling of joy when being greeted by the TV on wheels when walking into your classroom, and knowing you’d be watching Look and Read: Badger Girl instead of doing boring ol’ work.

22. But being devo’d at hearing three bells before break meaning only one thing: WET PLAY.

23. Those hazy summer days when the cool substitute teacher from Australia would ‘take the lesson outside’ – and into the playing field. YES.

25. The feeling of importance when the teacher asked you to go to the class next door to get something/collect the register/go inside the staffroom. SUCH RESPONSIBILITY ON SUCH YOUNG SHOULDERS.

26. The sadness when the (sponge, hole-ridden) football got kicked over the fence. GAME OVER.

27. Being awarded house points for doing something good and feeling like a BOSS.

28. Peeling PVA glue off your hands and pretending it was your skin. Creepy.

29. When a NEW KID arrived in class. And being chosen to look after them. 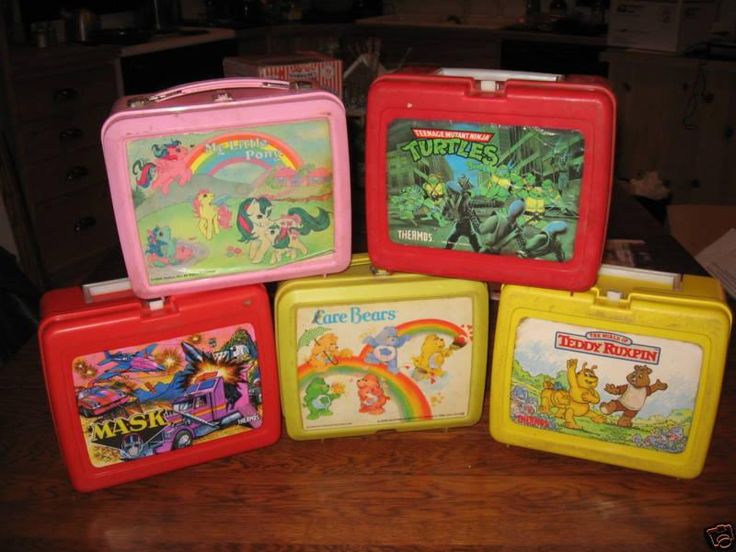 30. What was on the outside of your plastic-y lunchbox was much more important than what was inside. My Little Pony, He-Man or nothing.

31. Unless of course you had a Wagon Wheel, Club, Blue Riband or 54321 bar. Being cross if your mum had put some Happy Shopper shite in there and making you look like a LOSER.

32. Packed-lunch beverage of choice was a Capri-Sun. Or an Um Bongo.

34. The deadly accuracy of your hand-folded paper fortune teller.

35. Grange Hill being a true representation of your school life. Sort of. #JUSTSAYNO.

36. Megamaths songs. Still the only way you can do mental arithmetics: Two times two is four! Two times three is six! Er…

37. The horror of your BCG injection. But totally worth it for the SUGAR LUMP of glory at the end.

38. The ‘period talk’, sponsored by Tampax. Watching an American video about skipping around with your period and getting a free plastic tampon holder. Sweet. 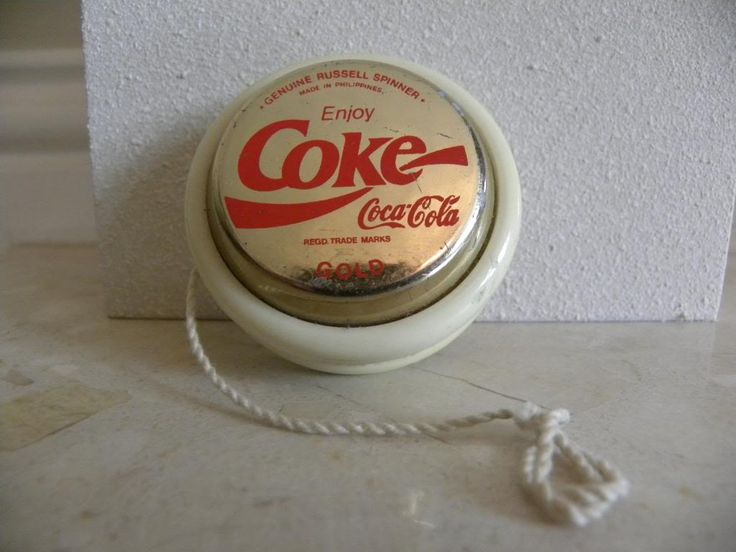 42. The day you called your teacher and/or the dinner lady ‘mum’ by mistake. THE SHAME.

43. Being cast as Mary (or other key character) in the nativity play and feeling like you just cracked Hollywood.

44. Perfecting the moves to Whigfield’s Saturday Night ahead of the youth club disco. 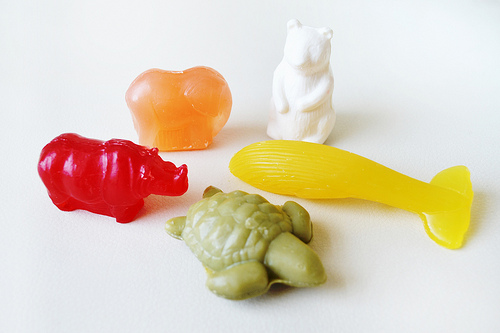 45. Buying all your friends bath beads/animal soaps gift sets in baskets from The Body Shop at Christmas time. With your mum’s money.

46. Getting proper paper invitations (complete with RSVP tear-off slip) to birthday parties. Hosted at Wimpy. And getting a decent party bag to take home. AKA LIVING THE ACTUAL DREAM. 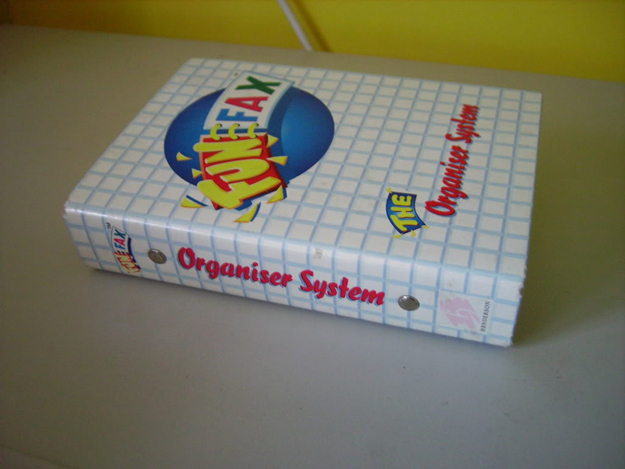 48. You’d rush back in time to catch Phillip Schofield (and Gordon the Gopher) in the Broom Cupboard. No YOU’RE old.

49. Anything worth knowing, you learnt from Blue Peter, Newsround and The Really Wild Show (althoughWacaday was your go-to in the summer hols).

50. Oh, the stress of what to bring in for Toy Day on the last day of term.

51. Only eclipsed by WTF to wear on Mufti Day?!

52. The moment when the teacher said something had gone missing, asked the culprit to ‘fess up and IMMEDIATELY feeling guilty, even though it had fuck all to do with you.

53. The moment you FINALLY got to sit on the chairs at the back in assembly, when you made it to Year 7 and/or 11. HELLZ YEAH.

54. Getting your school shirt signed on the last day of school. While still wearing it, obvy. And feeling all emosh about the fact that life would never, EVER be the same again…

Btw, has anyone EVER used algebra since leaving school? THOUGHT NOT.

Oh, and if I’ve missed anything, feel free to comment below/tweet me and I’ll update the post (crediting you, of course). 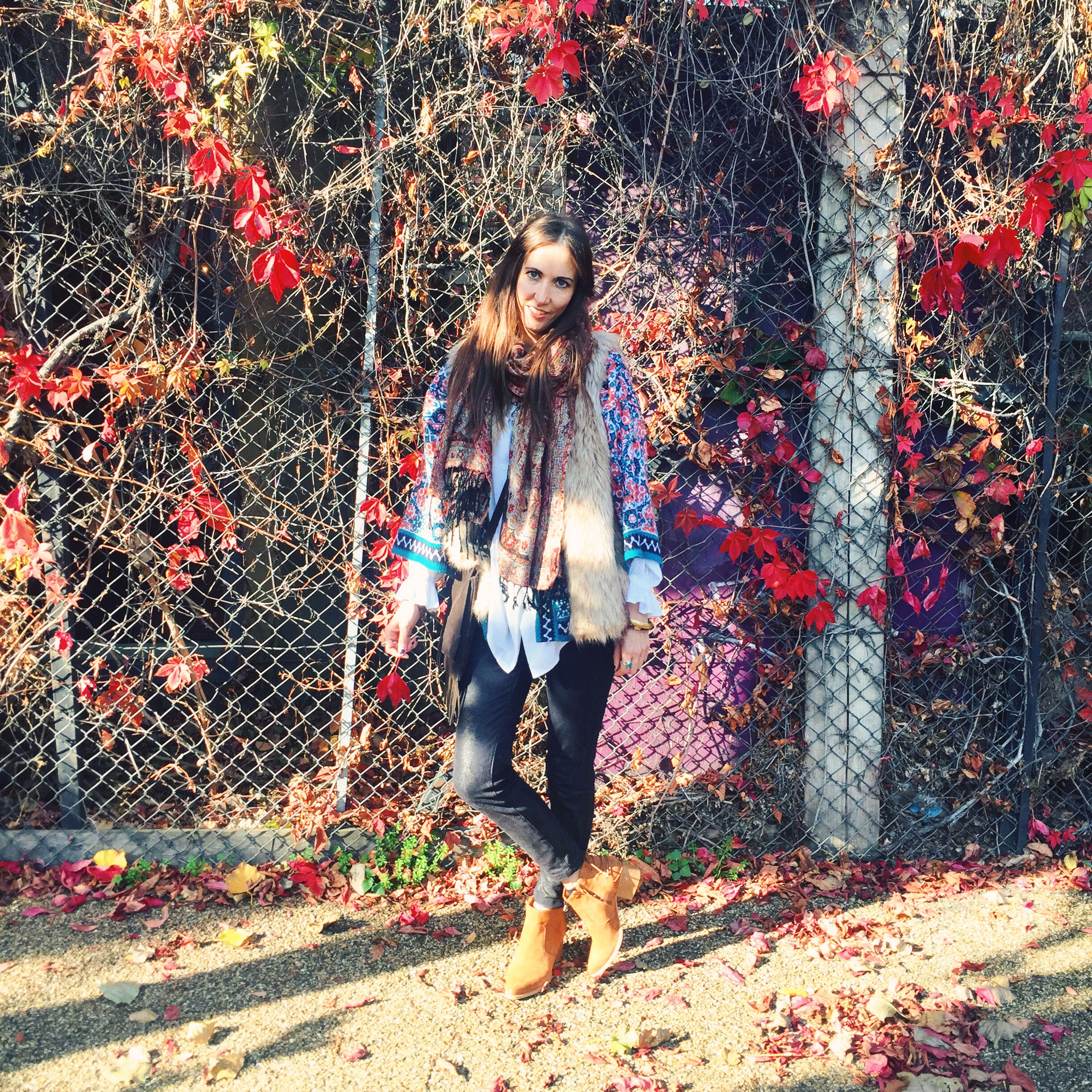 22 ways you know winter is coming 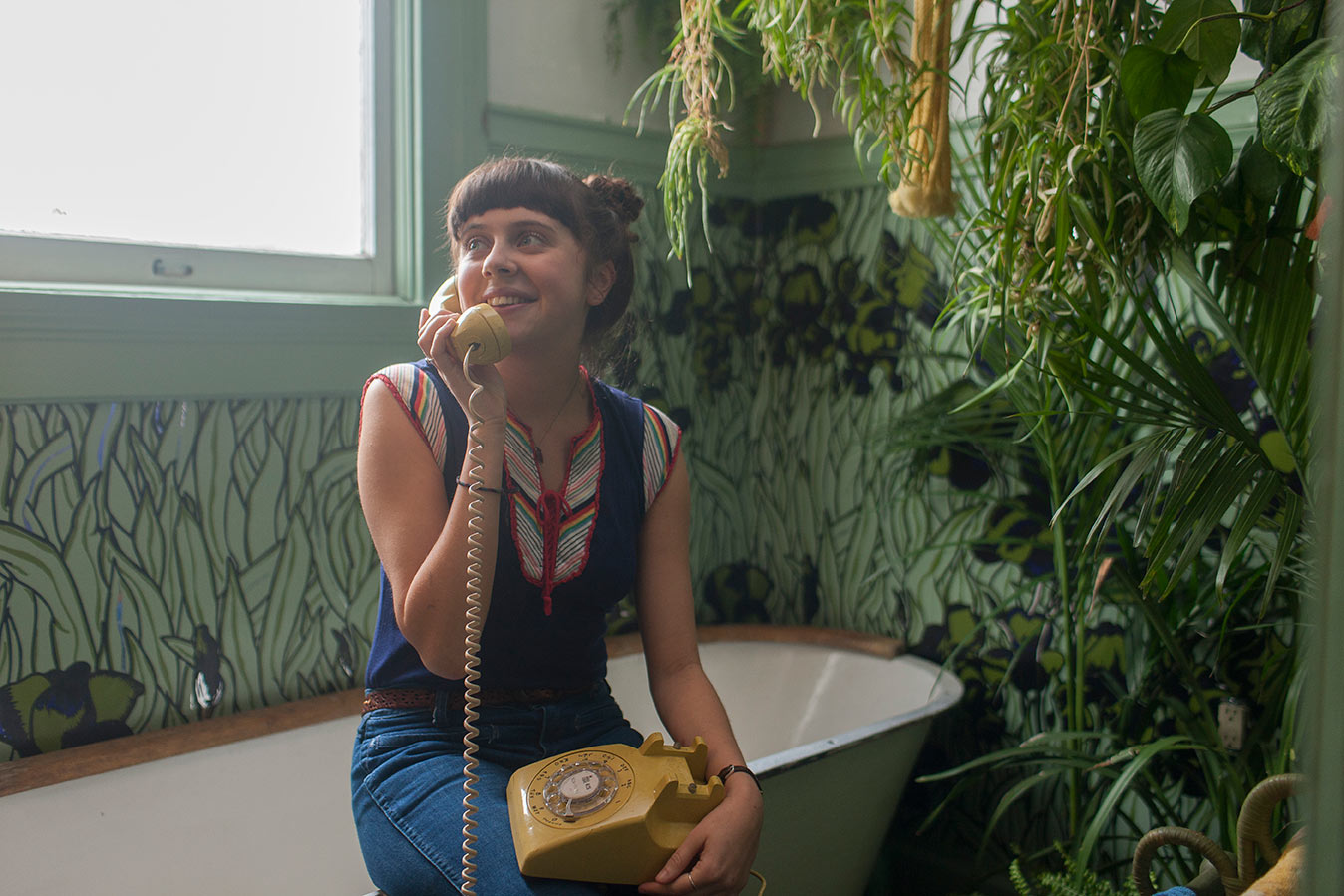