It’s V Festival this weekend, now celebrating 21 years of fun. The not-so-fun, actually-bloody-well-scary thing is: I WAS THERE, at the very first one, that took place in 1996.

I often forget I was at the inaugural festival, V96 as it was called back then, not because old age dementia is setting in (shut up) but because it was initially billed as an outdoor Pulp concert.

Being a huge Pulp fan (we used to sing along to ‘Disco 2000’ like the Millenium was light years away, and now it’s 2016 and what even is life), when teenage me was flipping through my then Bible AKA Melody Maker (#RIP) one day and saw a small advert advertising a Pulp concert in a park for £25, I was on it like a car bonnet.

It was advertised as a sort of north or south thing, so I picked the one nearest to me, probably confusing Hylands Park for Hyde Park (sure) and begging my mum to borrow her credit card so I could phone up and book tickets. YEAH, I SAID BOOK TICKETS ON THE PHONE.

Jarvis Cocker had the original concept, of playing these two back-to-back dates across the country, but I’m not sure how it went from that to a full-on festival sponsored by Virgin.

TBH, I’m not sure I fully appreciated the scale of the thing until I got there – and this being my first ever festival (lol, my “Virgin festival”) it was quite the eye-opener. But anyway, Jarvis Cocker basically invented V Festival so well done him and I hope he gets royalties from Richard Branson.

And so it came that one scorching hot Saturday in August, I headed to Essex (who knew?!) with two of my best friends in tow. We were all massively into our guitar bands, especially Supergrass and Kula Shaker, who were also on the bill. 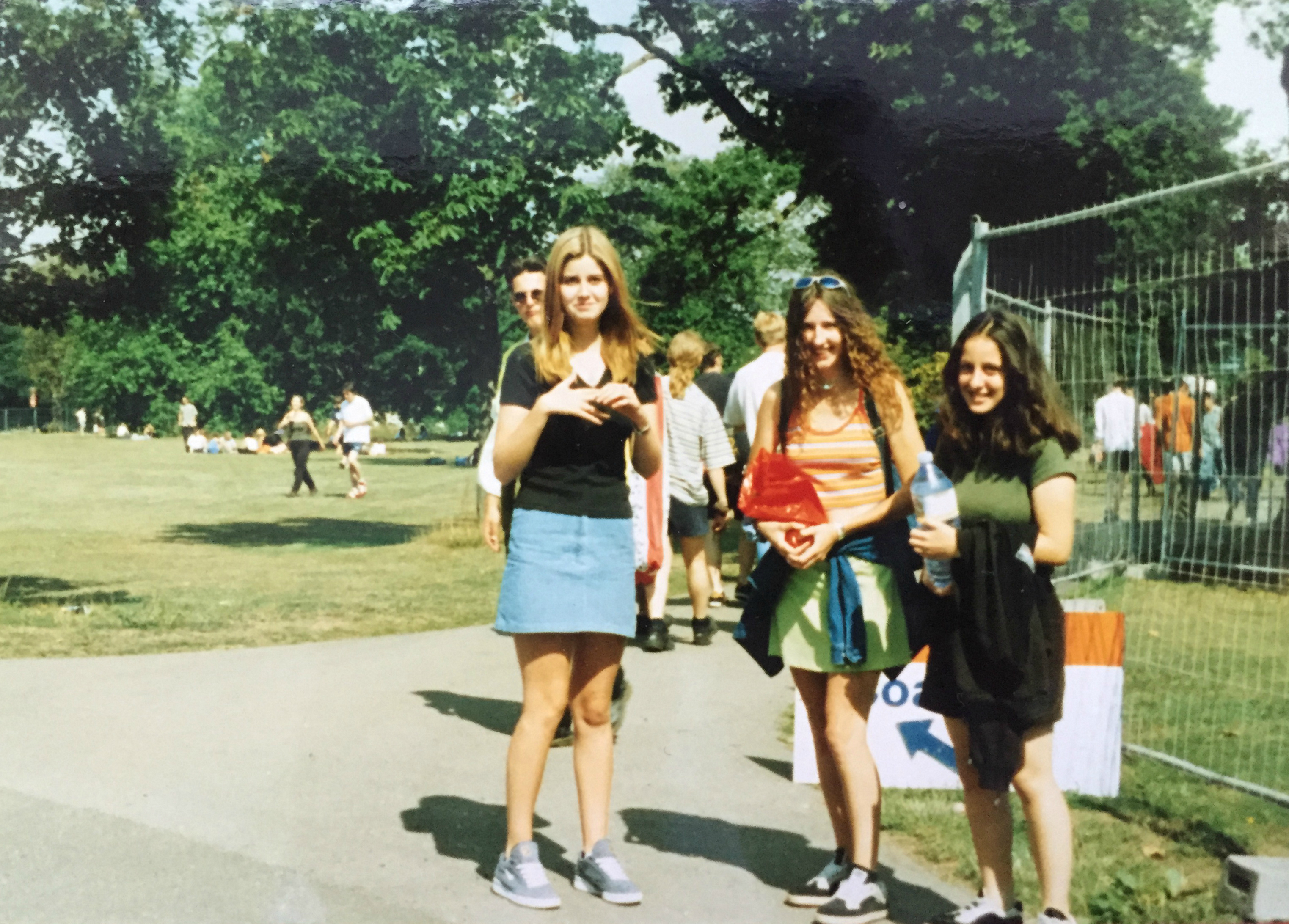 As you can see, all three of us wore A-line mini skirts, skater trainers and sunglasses with coloured lenses. Do please also enjoy my spiral perm (WTAF) and know that I am wearing a mini rucksack and choker necklace, in case you were in any doubt that it was the mid 90s.

God, I get sooo nostalgic about this period in time. Being a teenager, the mid nineties were my formative years in terms of music and bloody hell, the summer of 1996 was just a-to-the-mazing.

I’ve written about the long, hot summer of 1996 before, from a football perspective [here] – the highs and lows of Euro 96 – but it was also a magical time for music. Not just guitar groups but pop, dance, R&B too. Like, UK number ones that year included: Oasis – Don’t Look Back in Anger, Mark Morrison – Return of the Mack, Prodigy – Fire Starter and Spice Girls – Wannabe.

In fact, not since 1966 had football and good music collided in such a sweet, sweet way, unifying the country and making you feel like Britain really was a great place to be and anything was possible. 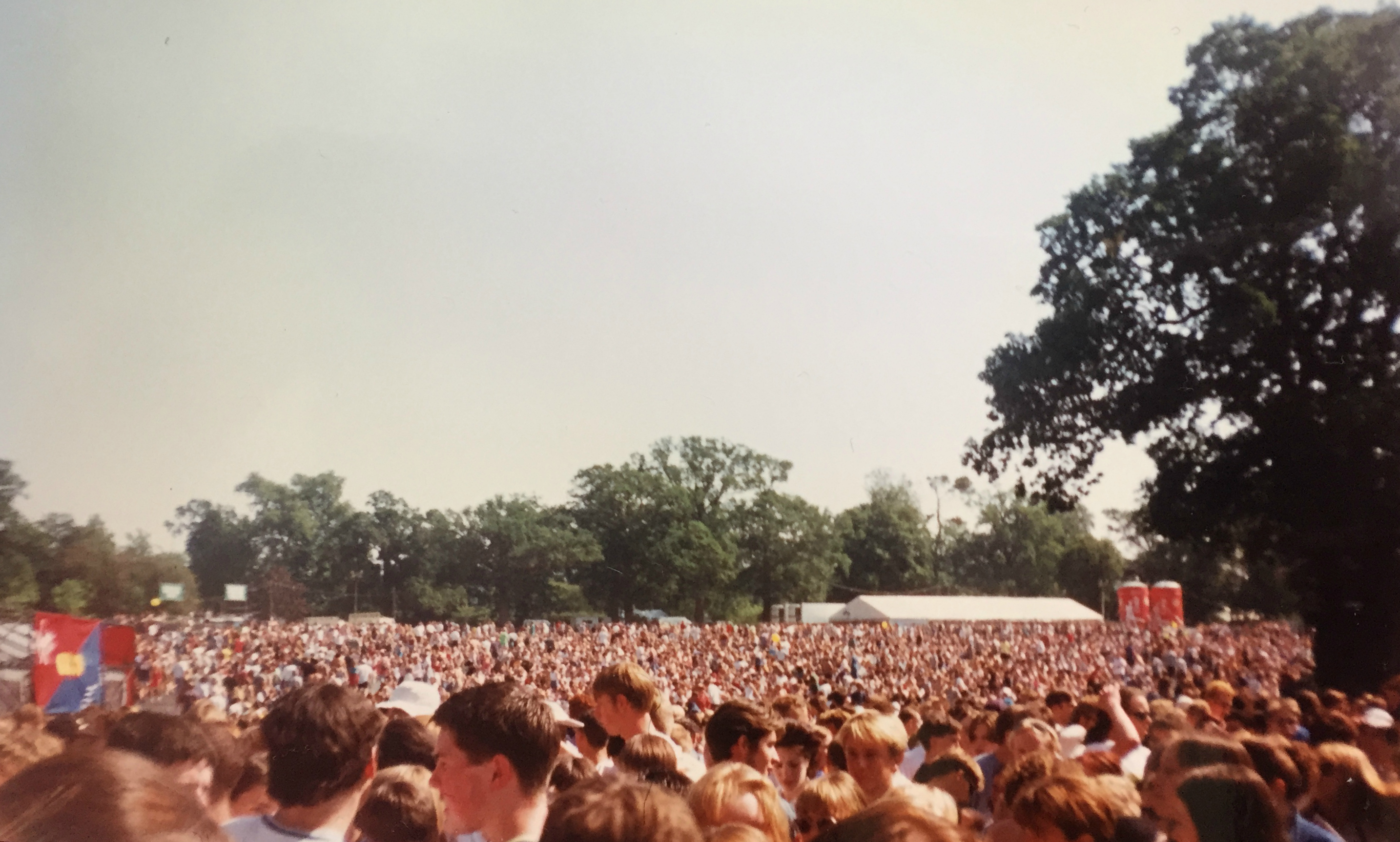 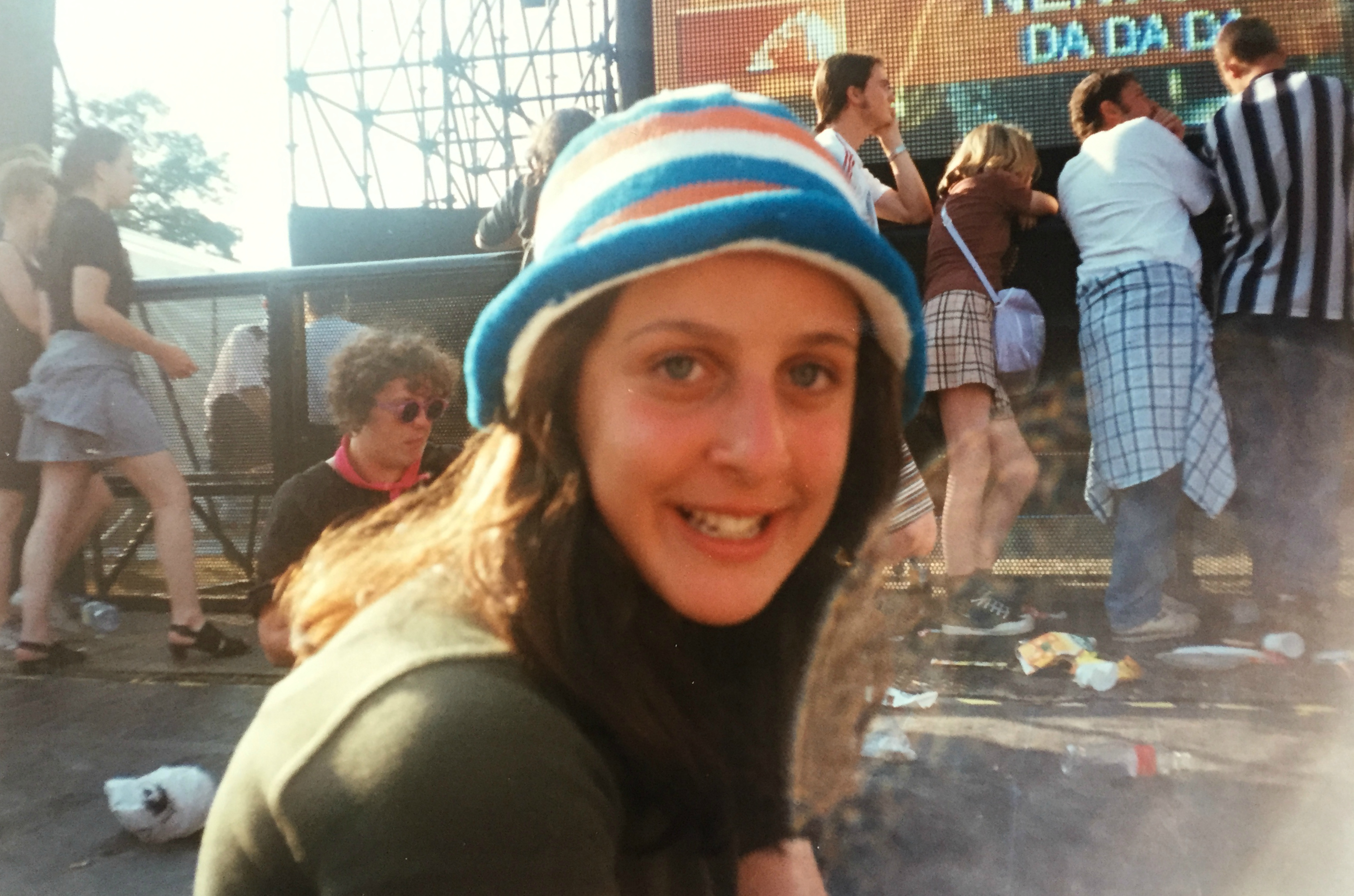 At V96 we were served up a big fat juicy slice of Brit Pop, with these acts playing: 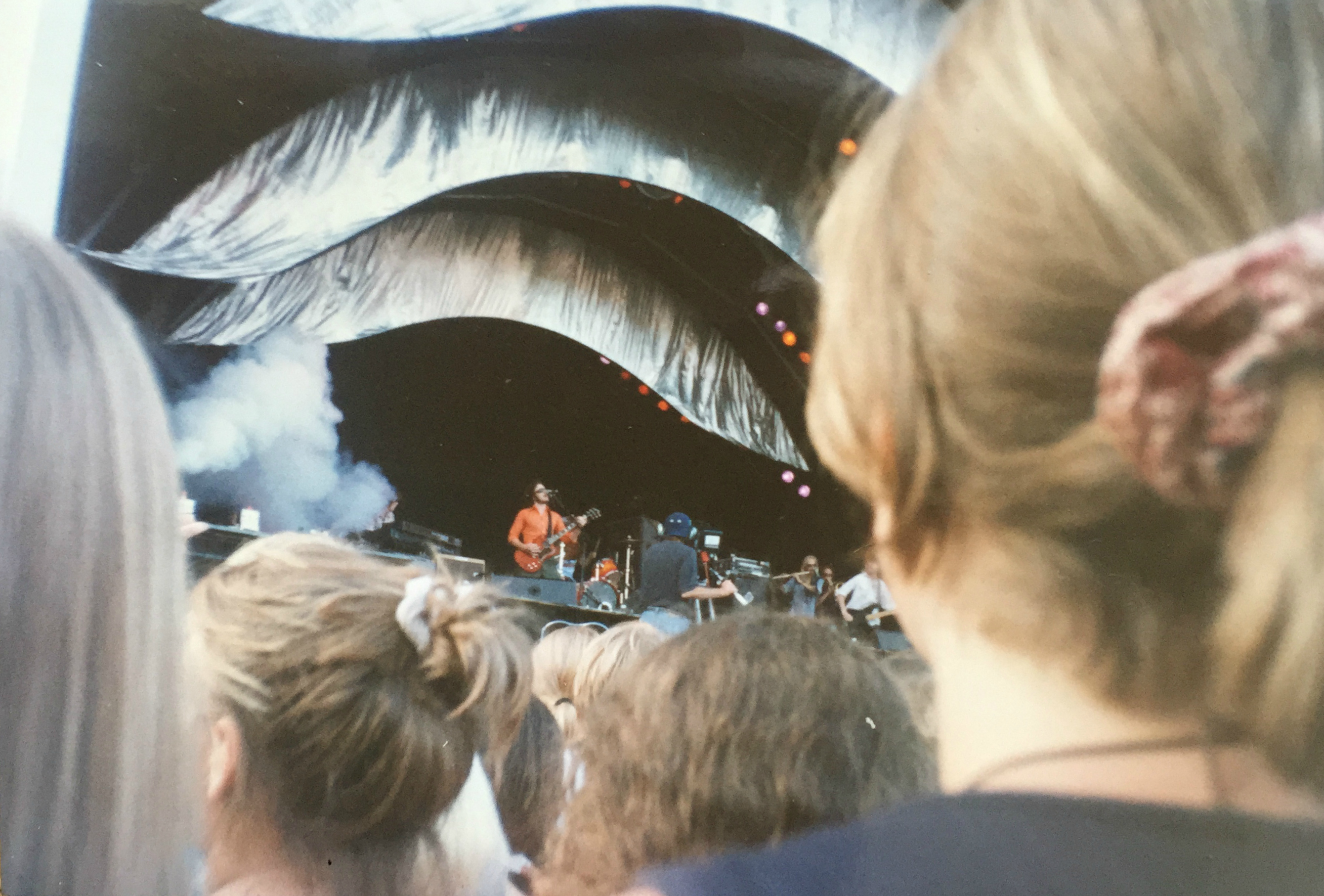 | Gaz from Supergrass, who I fancied | 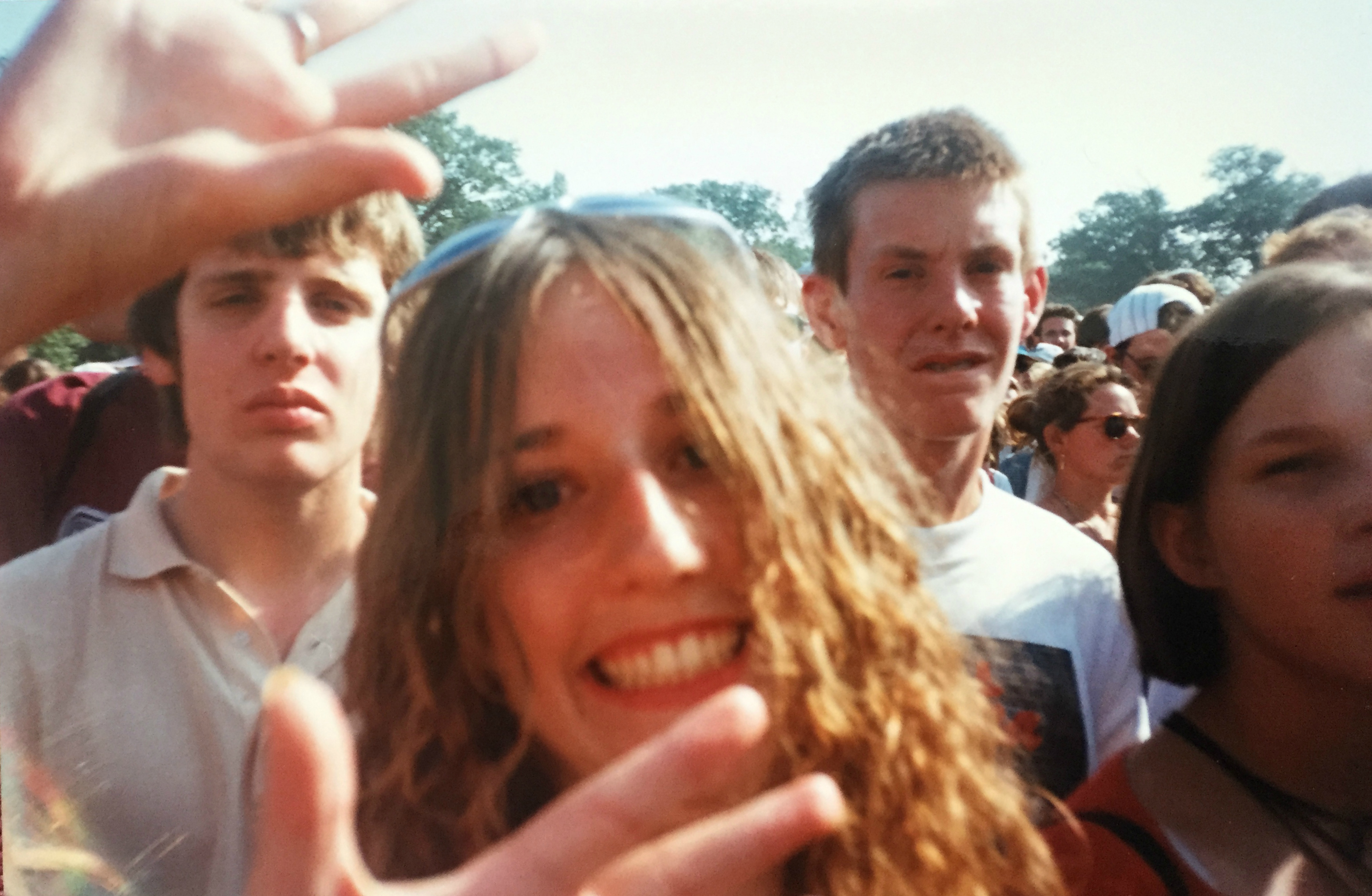 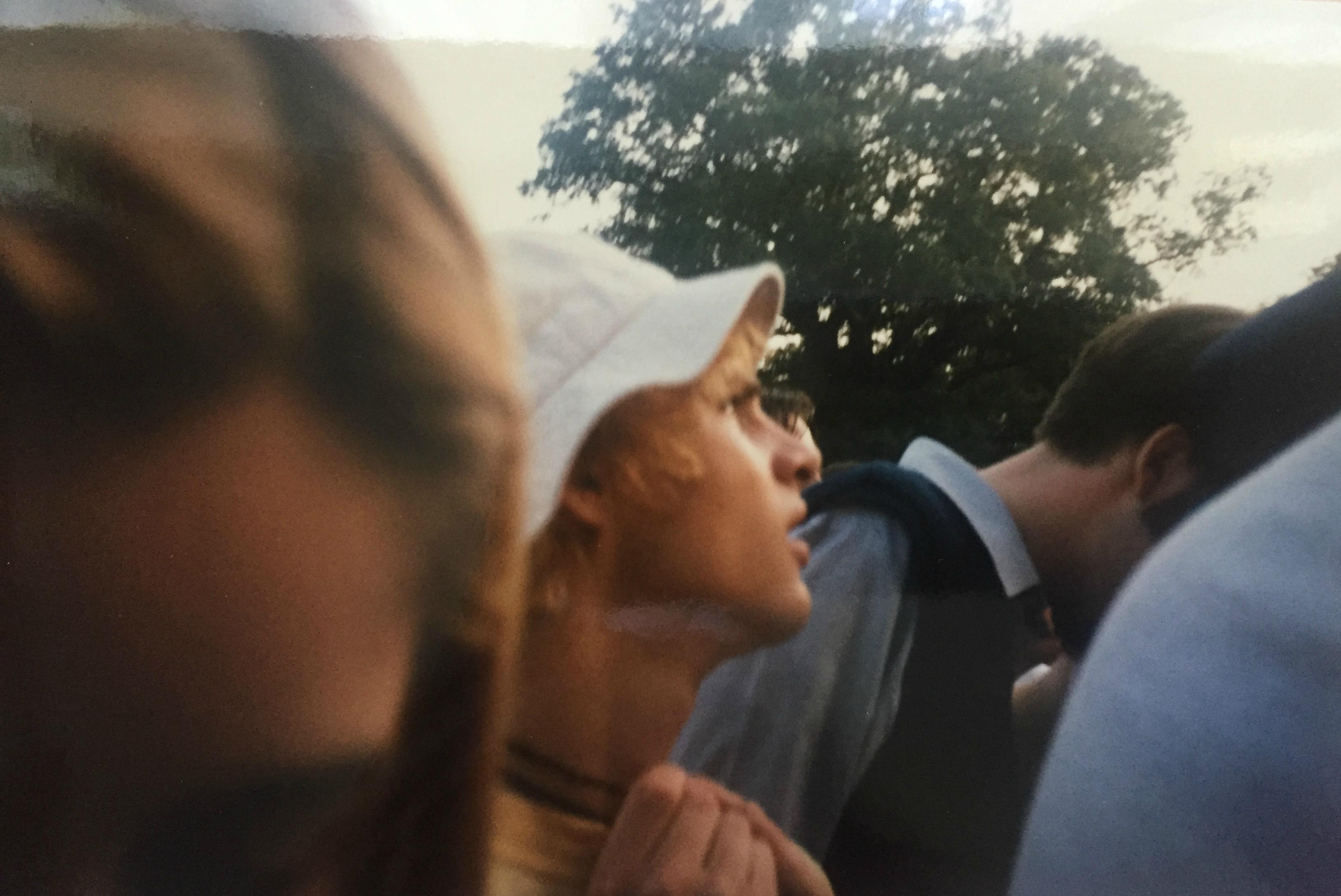 | Another random guy, wearing a ‘Brownies’ T-shirt, who I fancied |

Several observations as I look back at these photos now:

I fancied a LOT of boys. Hiyas, teenage hormones! Our flirting technique clearly involved trying to take sneaky candid photos of our crush in question. But never actually talking to them, nuh-uh. Only when you get the photos developed, they’re looking straight to camera. Good.

We got so close to the front of the stage(s)! Think this is largely due to the fact we ‘parked’ ourselves stage-side; SRSLY, I don’t remember eating or going to the loo, but we *must* have done at some point?! {I’m going to check in with my friends and confirm}

It wasn’t oversubscribed like most festivals/gigs these days. I mean, it was obviously busy, but not claustrophobically so, and it was easy enough to move around. In fact, there were only two stages and one dance tent!

No mobile phones meant everyone was totally in the moment, enjoying it and taking it all in. You attempted to take a couple of photos of the bands for prosperity, but it was literally a case of stick your arm up in the air and pray to the photography gods that your pics wouldn’t come back from Boots with helpful ‘advice stickers’ on all of them.

Also on the mobile phones thing: My dad (God love him) drove us there, and picked us up afterwards. HOW DID WE MEET UP IN THE MAYHEM AFTER WITHOUT A PHONE? That blows my mind a bit. We obviously just agreed a meeting place and time and stuck to it. IKR.

People definitely used to throw bottles of… “beer” more. Not sure if toilet facilities are better/more plentiful these days, but yeah. Ugh.

People also crowd-surfed much more. There was a constant wave of people being passed along to the front – and then dragged over the front barrier by the burly security folk. Now, I tried to get in on this and it totally backfired. There was a lot of crowd surges, and you’d often get swept along and/or knocked over during particularly popular songs. This happened to me and I fell to the ground. I pretended I’d fainted so I’d get passed to the front of the stage, Crispian Mills would see me, resuscitate me and probably propose to me, etc. THIS DID NOT HAPPEN. Instead, I was taken to the medical tent, observed for a bit and then I had to relocate my pals amongst the crowd. FFS.

Lack of make-up. While appearance and self expression were hugely important to us as teens, I don’t think any of us three have got a scrap of make-up on, bless! Nowadays, teenagers contour the bejesus out of themselves, just to go to school! 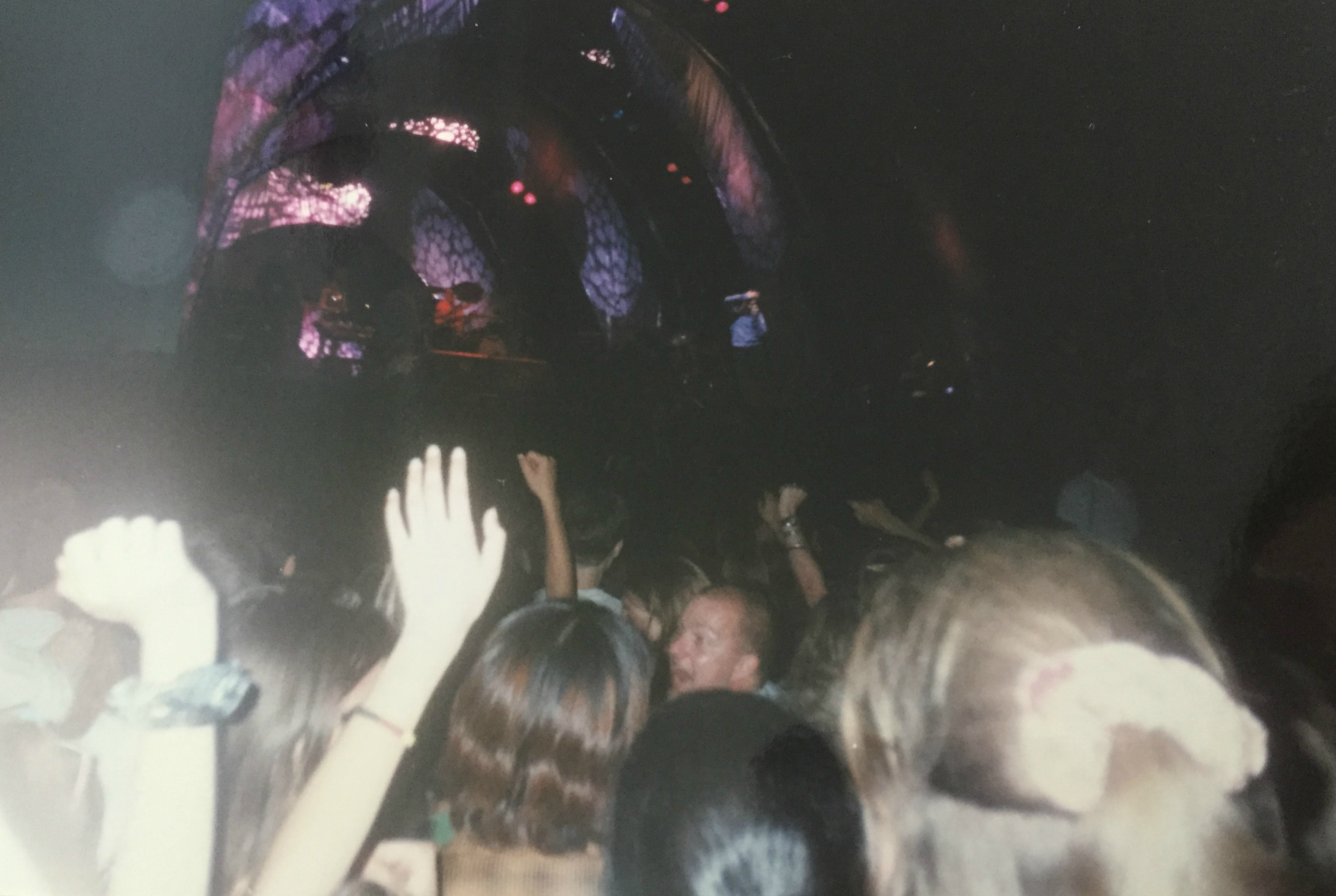 | Jarvis from Pulp definitely looking straight at me |

Obviously this is just a selection of the 396774259810 photos I took and I’ve left out most of the performance ones cos they’re all a bit blurry/shit, but I know you only really wanted to see my bad 90s hair.

We had such a good time that we three returned for V97 the following year (er, obviously), when Blur headlined on the Saturday, and Kula Shaker had soared through the rankings to second on the bill!

Considering the ‘Indie band’ beginnings, the present day incarnation seems worlds apart, with Justin Bieber and Rihanna headlining for 2016. That coupled with the fact there’s no more VIP Louder Lounge (which made my ‘second coming’ in 2012 and 2013 quite the experience *ahem*) and I think my V Days are over.

At least we have the memories, eh? 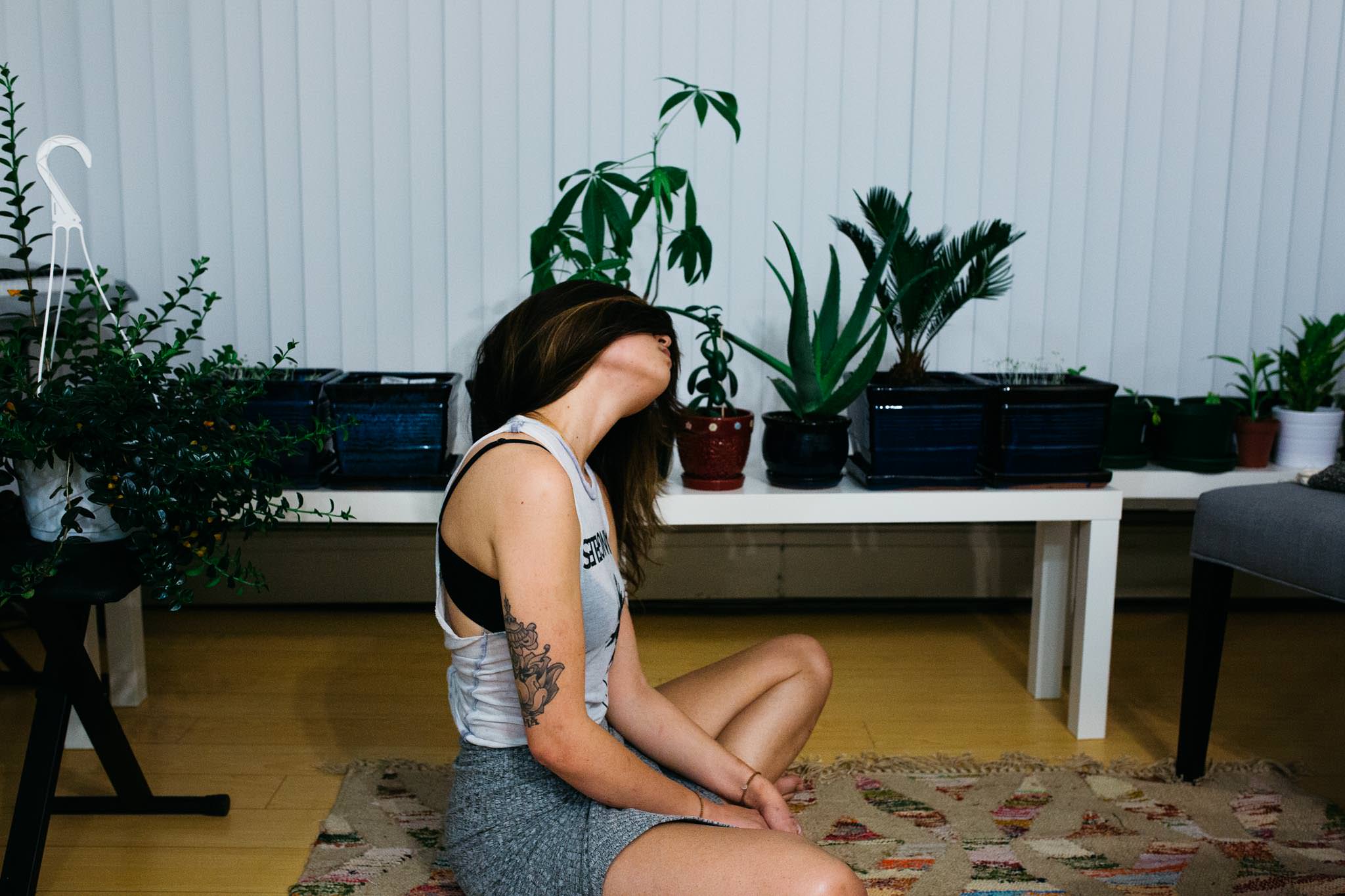 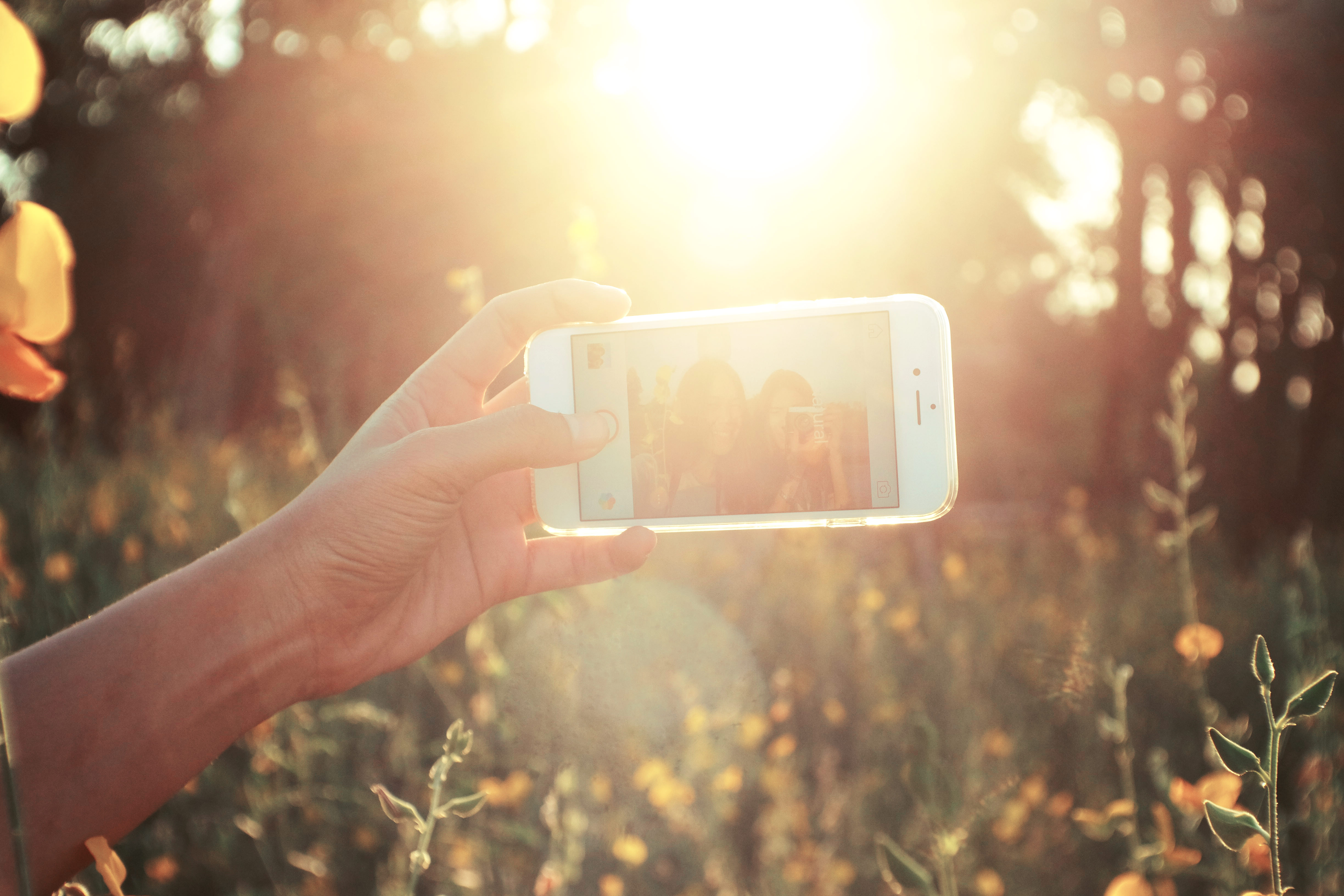 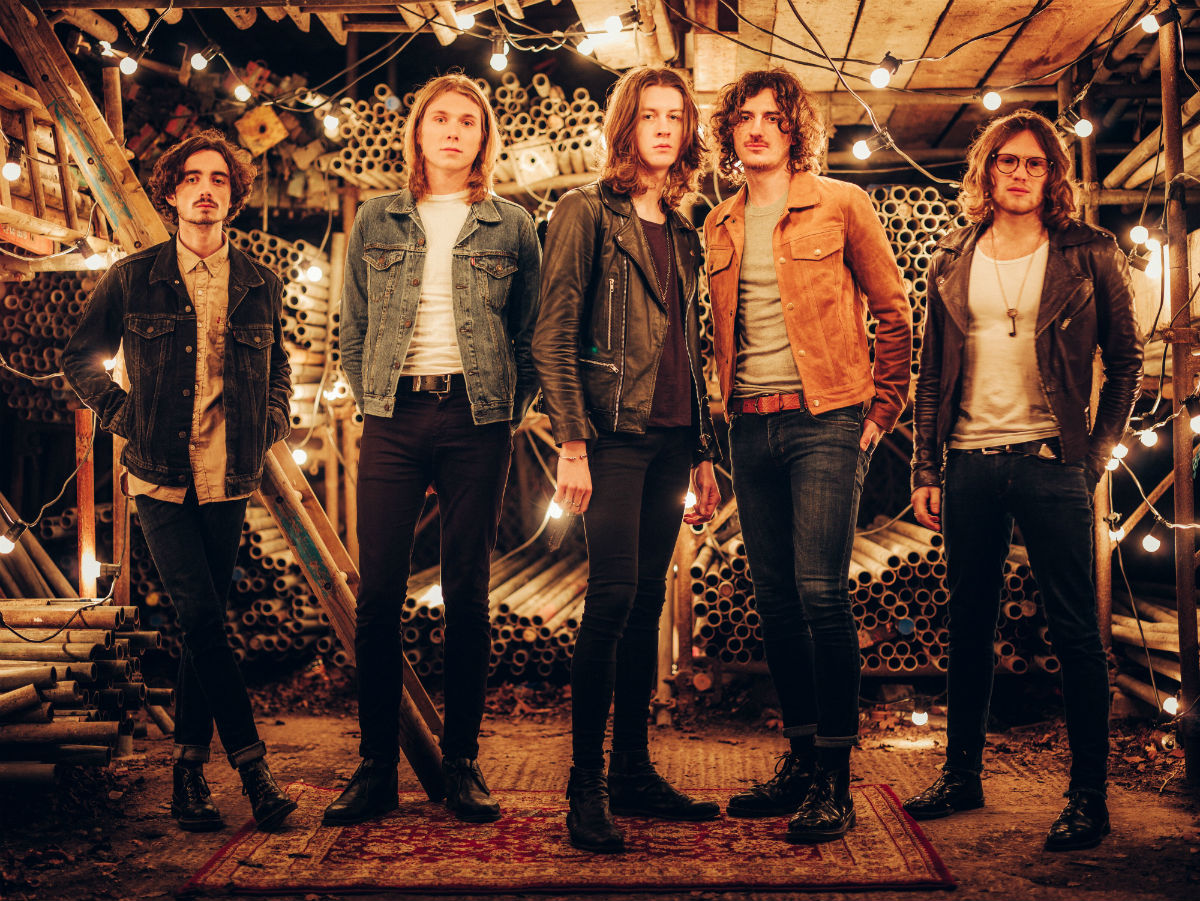