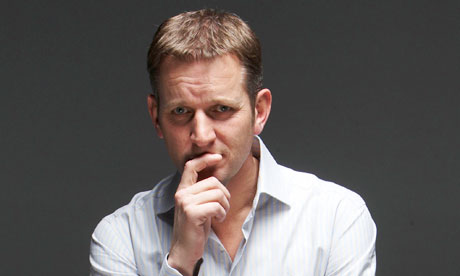 Something funny’s been happening over the past couple of weeks. When I say ‘funny’, I mean like the nervous laughter born from being handed an eviction notice or looking down at your hand to find you’ve accidentally cut it off with a cheese wire.

It was a sort of bittersweet phenomenon when Piers Morgan managed to propel his special brand of twatishness from the grubby pages of The Sun into ‘tache-twirling contributions for Vanity Fair. Stranger still when he turned cynically wading through the emotional cesspits of Cheryl Cole and Donny Osmond on ITV’s Life Stories straight into a primetime CNN talk show, replacing Larry King. Just when you’d fine-tuned your energy to wishing Jeremy Clarkson would inflict himself on some other unsuspecting nation, this Jeremy takes the crown as the all-reigning King of Cockbags.

Jeremy Kyle, it seems, has turned his attention from shouting spittle onto the jaundiced faces of guys named Wayne and slithered into the glamorous world of celebrity*. Of course, he’s still doing it on that eye-fryingly garish set, flaunting a cobalt blue colour scheme reminiscent of an HMS prison bib. However, instead of serving justice, JK’s institution involves  interviewing his  guests with all the subtlety of a chainsaw fucking a blender. Watch his eyes dance in delight as his guests break down, cry and pray for death to come early. So yeah, still a lot like prison then. But on the telly. 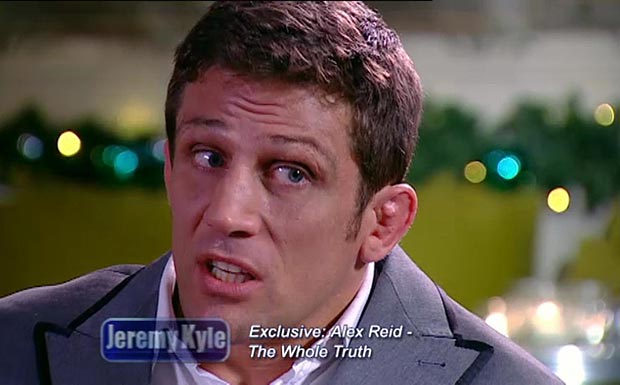 The first on JK’s hitlist is Alex Reid. And who could ask for a more honourable contender? If there’s one thing we’ve all been dying to hear *even* more about, it’s the intimate details of Jordan and Chantelle’s ex-boyfriend. ‘What is that guy thinking?’ I often muse on the 343 bus commute.

What else is left to discover about cross-dressing cage-fighter Alex Reid? The only thing we don’t already know about this perma-tanned Johnny Bravo is what his large intestine looks like. Bet he  saves it for I’m a Celebrity...

Click the image above to see the whole joyless interview, plus excruciating tales from Amy Winehouse’s, ex-husband’s mum – if you can get your head around that tenuous link. Yes, Joyeux Noel everyone. Here, have a mince pie and SHUT UP YOU BITCH [as JK might put it]. 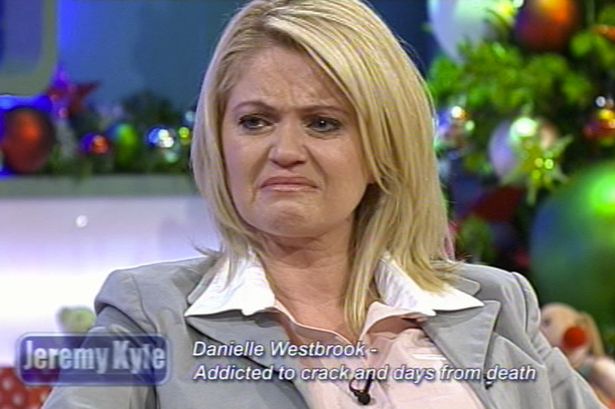 That there is Daniella Westbrook, albeit looking more like a rock face impression of Daniella Westbrook. She falls trap to Jez’s unrelenting devil gaze and recounts spending childbirth snorting cocaine into her mono-nostril. The question is, not so much why did she do it?  (Her nose collapsed in on itself. I’m no Bergerac but I reckon she did a lot of crazy shit back then). The more pressing question is, why bother telling anyone outside of a psychiatrist’s office? Let alone spilling all the gory details to satan spawn, Jeremy Kyle and his un-merry band of Santa hat wearing hate-mongers. On, as he often reminds us, national TV. MENTAL.

Is this the future for talk shows? Jeremy Kyle? The shouty man’s Piers Morgan? Call the Mayans, apocalypse is in the air…

*never has this term been used so loosely. 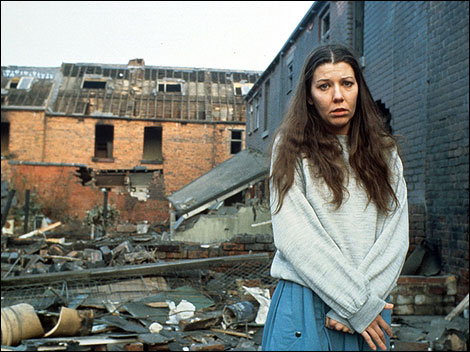