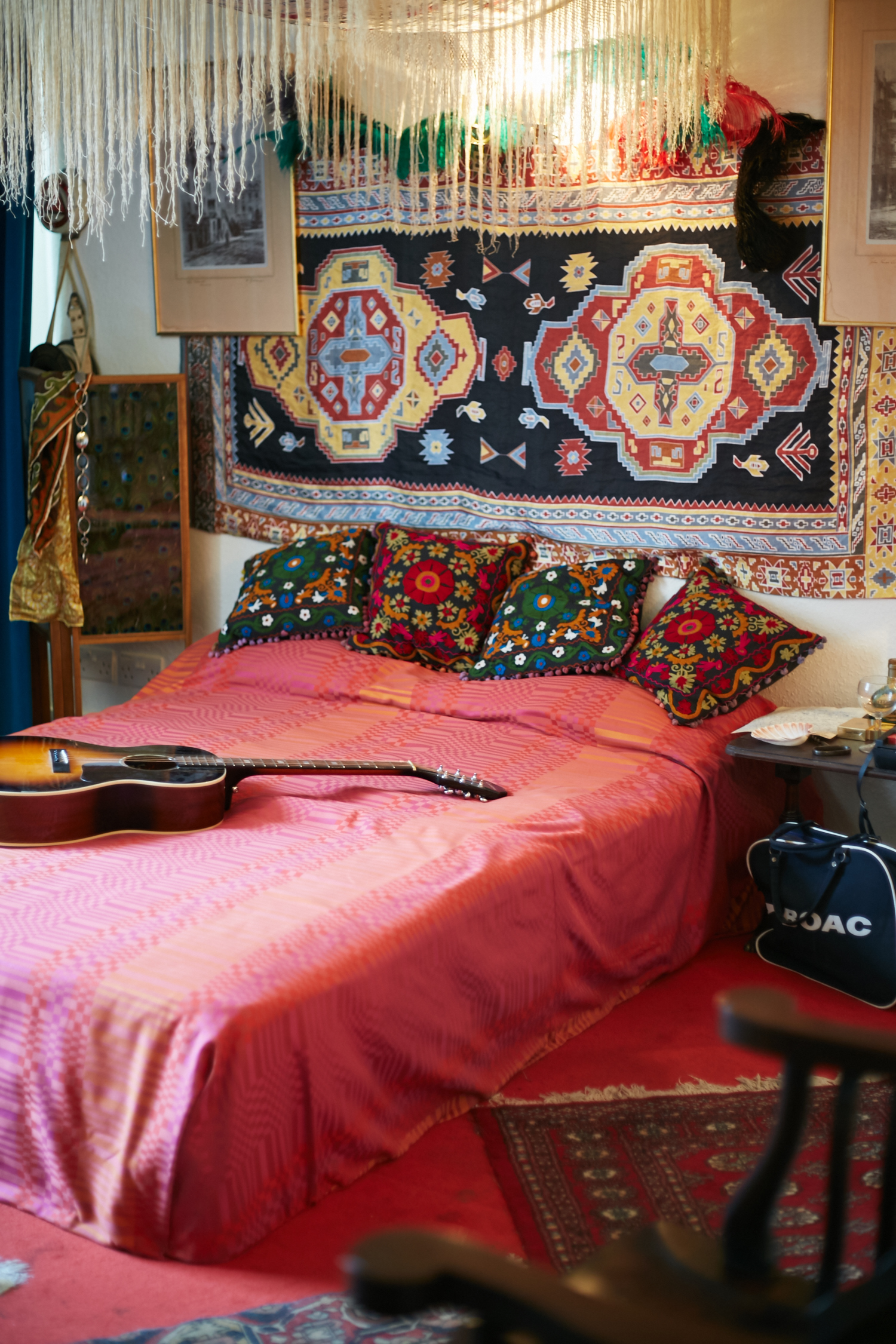 I visited Jimi Hendrix’s old London flat with Amber a couple of weeks ago.

It’s the flat he lived in with girlfriend Kathy Etchingham between July 1968 and March 1969 and had been on my ‘must-see’ list since it opened to the public in February but I just hadn’t managed to get round to it.

However, destiny stepped in while Amber and I were ‘tween press days and we found ourselves in Mayfair, just around the corner from Brook Street. As it was such a sunny afternoon, most people were basking outside, which meant we had Jimi’s old place to ourselves. 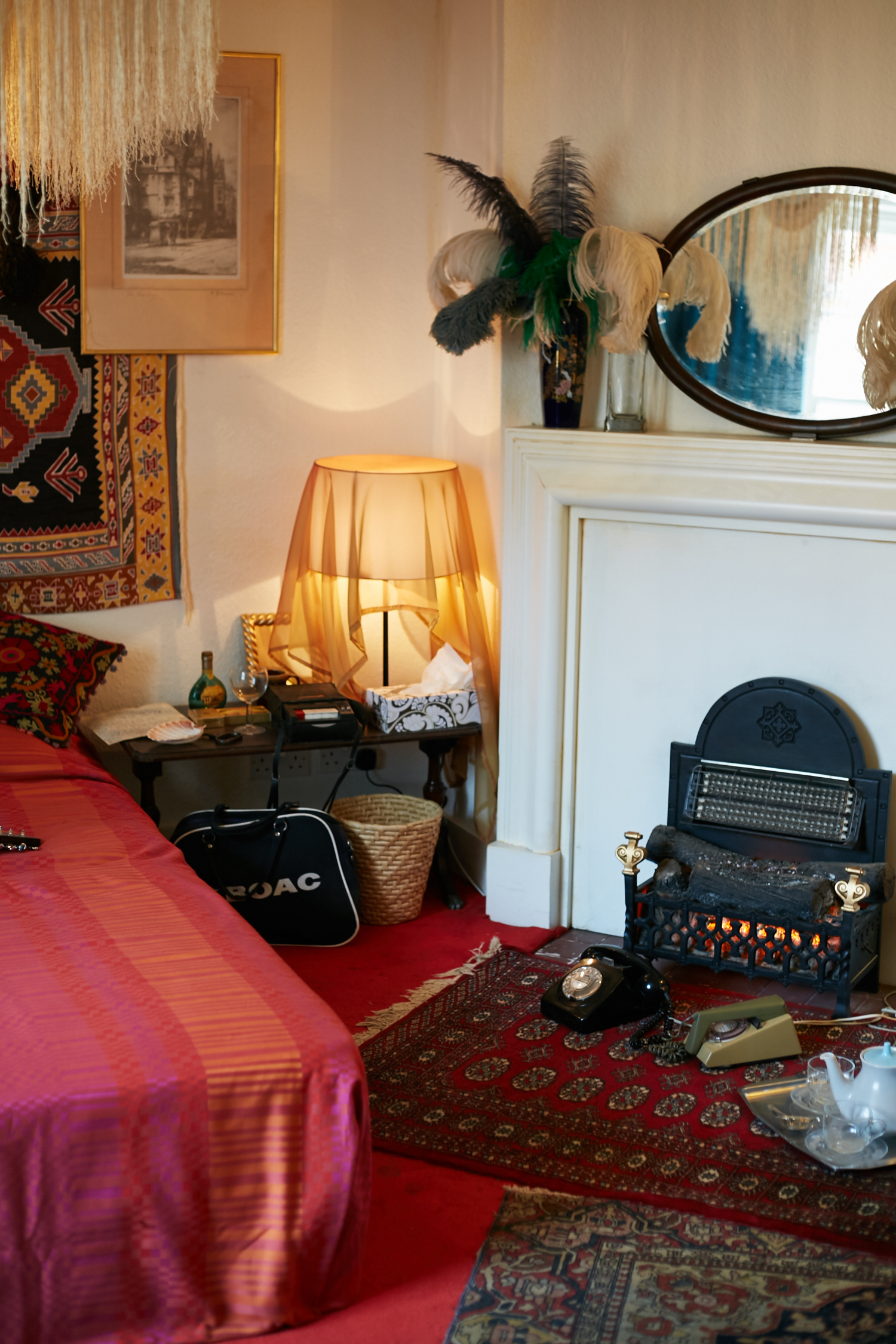 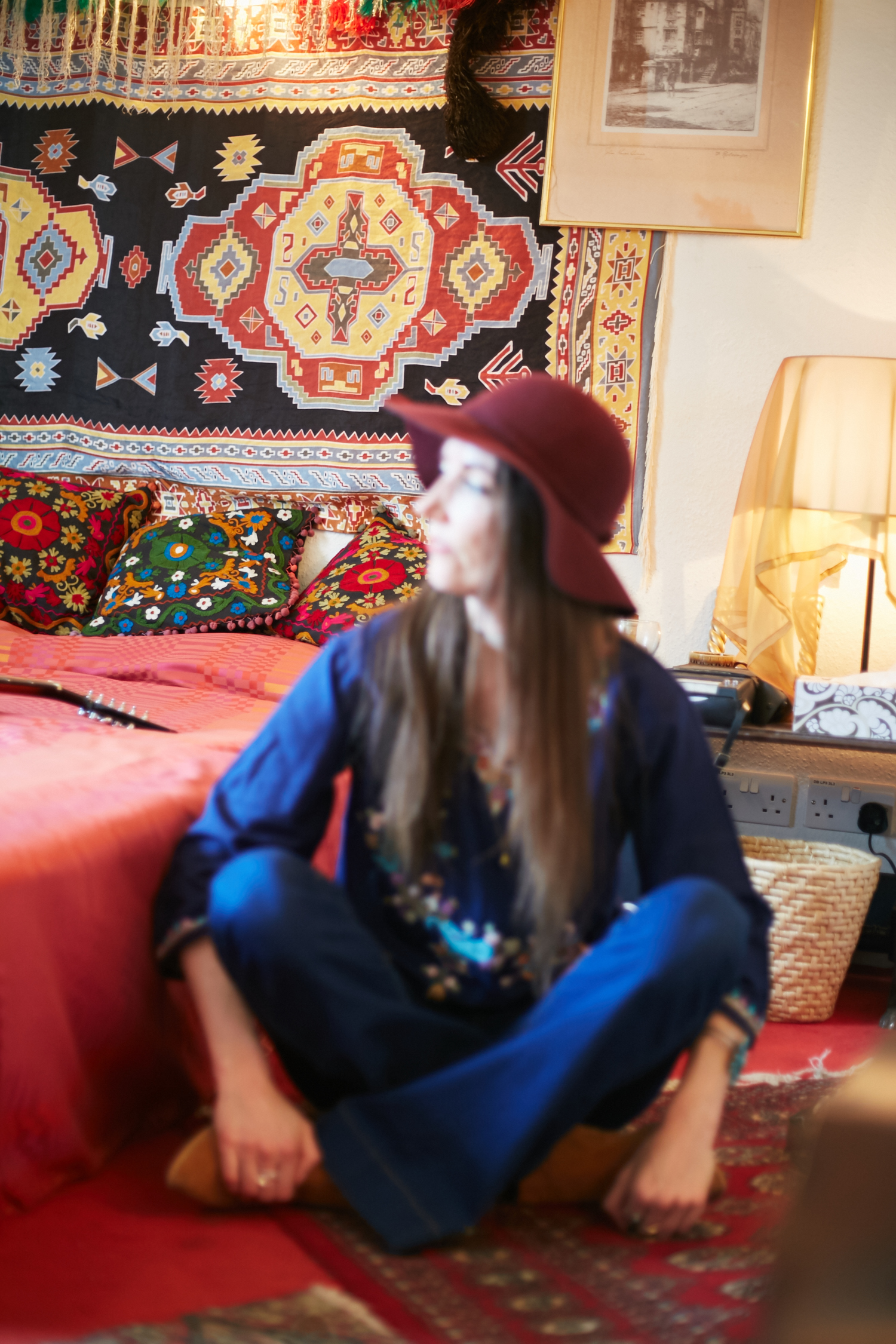 When I stepped inside the bedroom, which has been painstakenly restored to look like it did in 1969, using photos of Jimi inside and recollections from Kathy Etchingham, it was like holding up a mirror to my own abode. 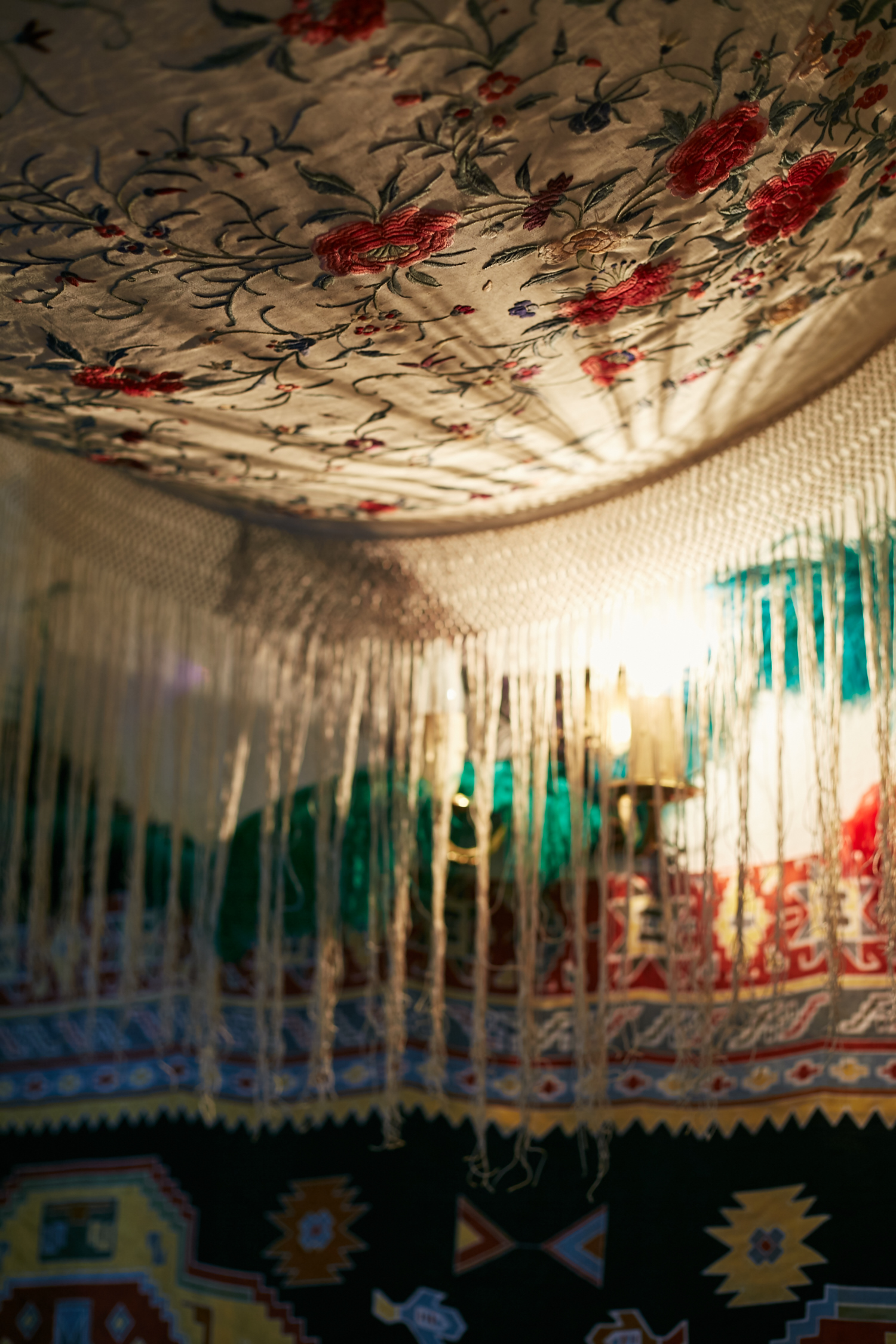 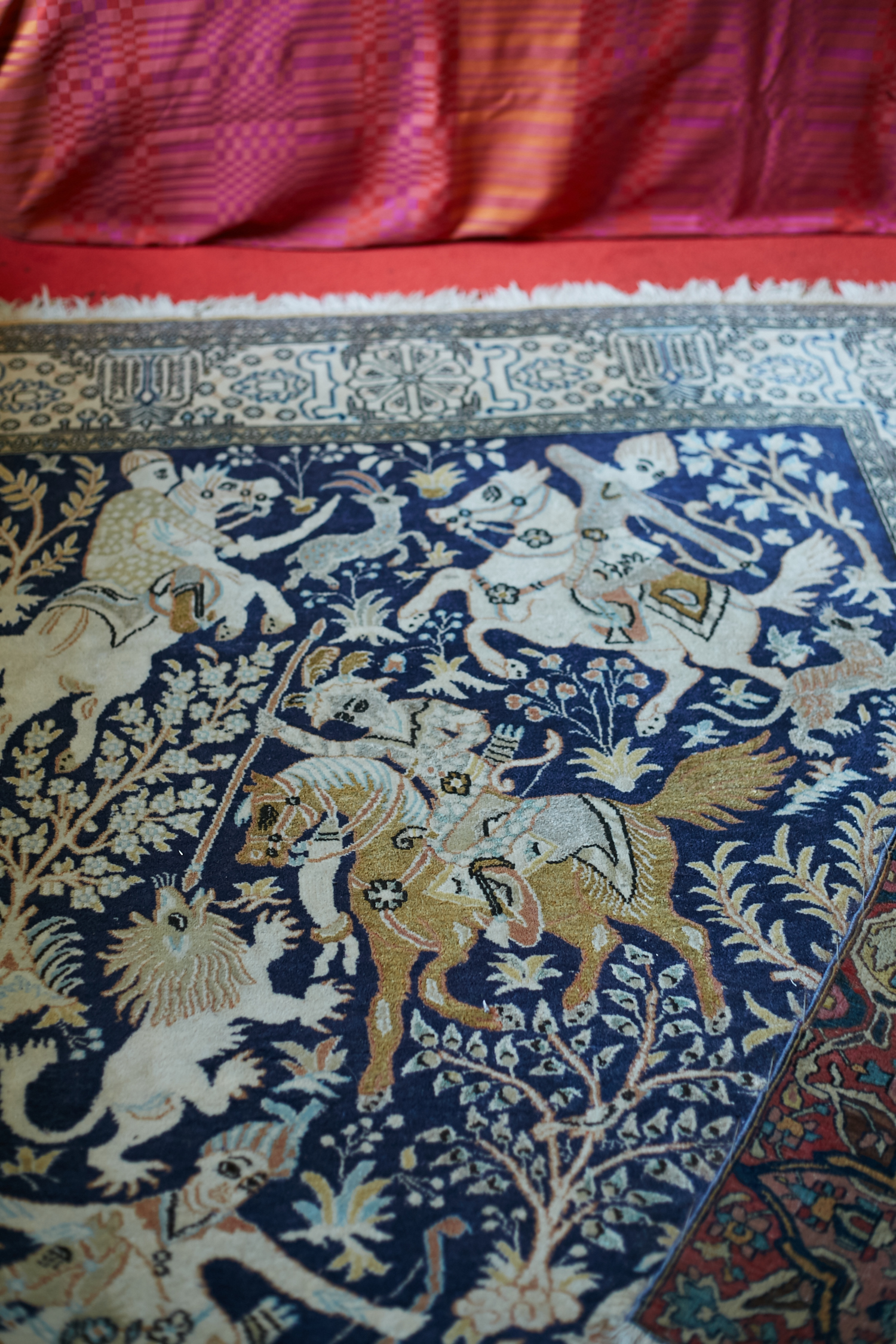 Legend has it Hendrix gave Kathy £1,000 in (a bloody fortune in the 60s!) to fill the flat with soft furnishings from local stores John Lewis and Liberty, as well as ornaments and knick-knacks from Portobello Road market and elsewhere. 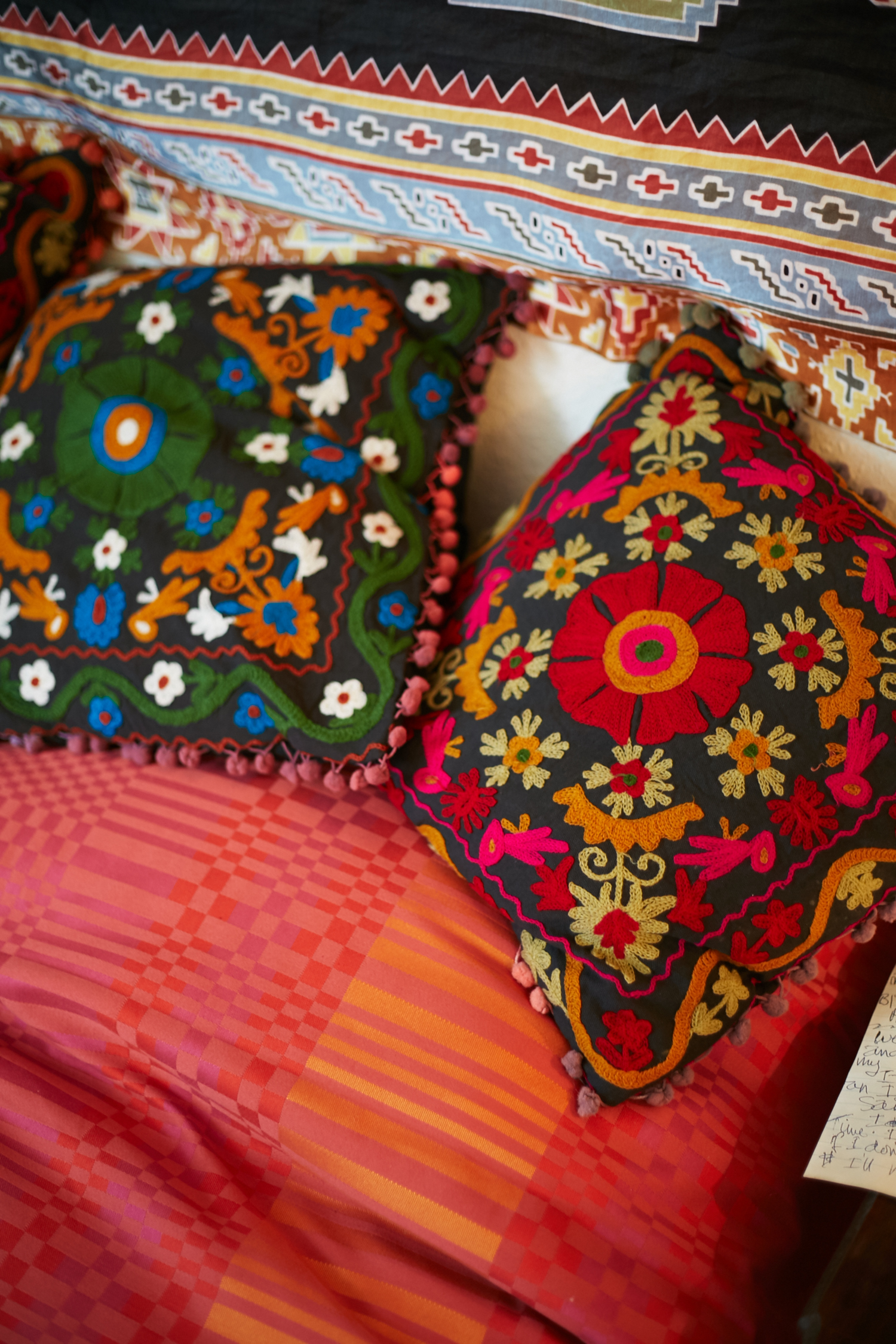 In this recreation though, the oval mirror is the only authentic relic from the original contents of the flat. All the other items have been sourced elsewhere or carefully reproduced. 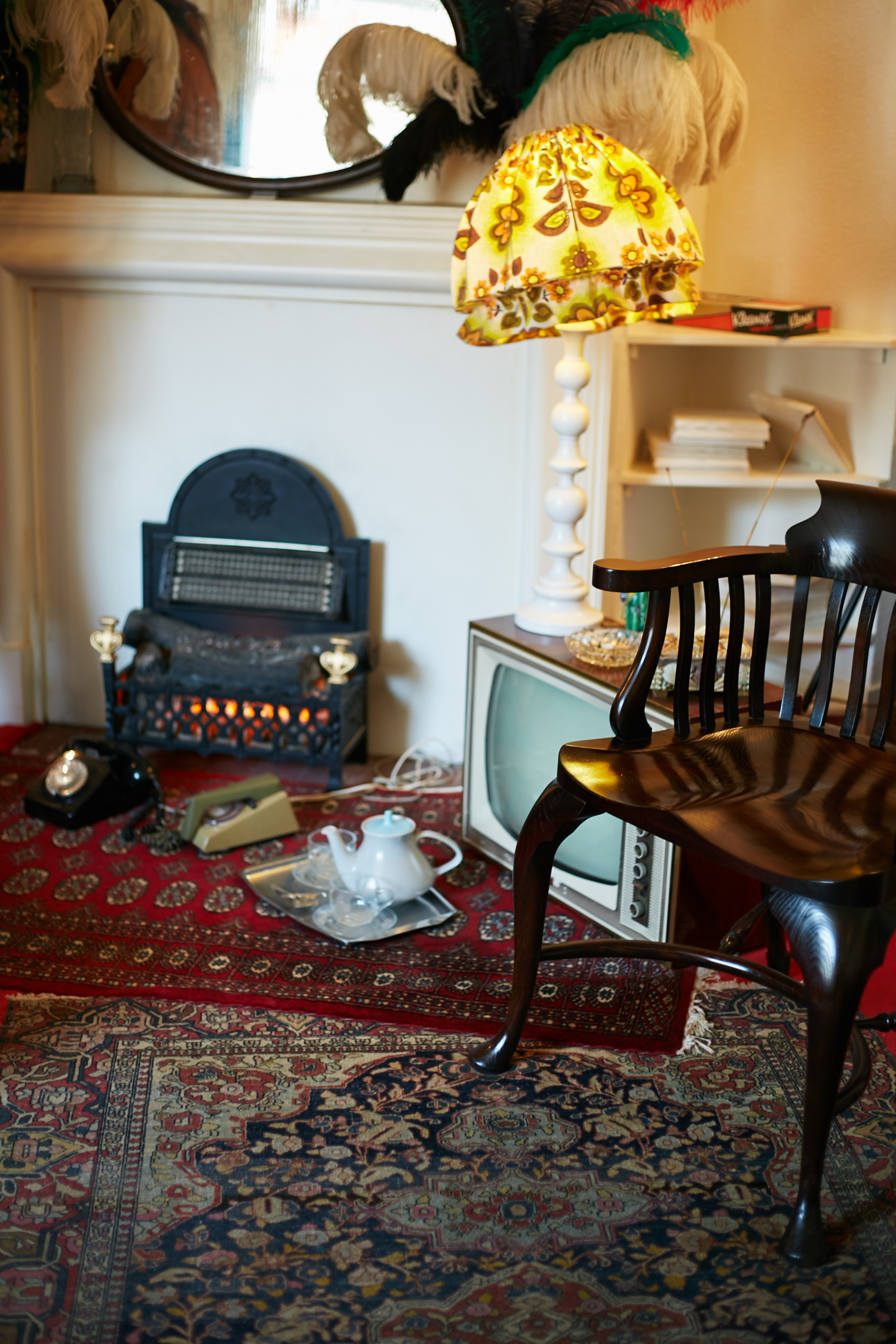 On  the bedside table, you can see the handwritten lyrics to Voodoo Child, as well as his beloved smokes and an empty bottle of Mateus rosé: 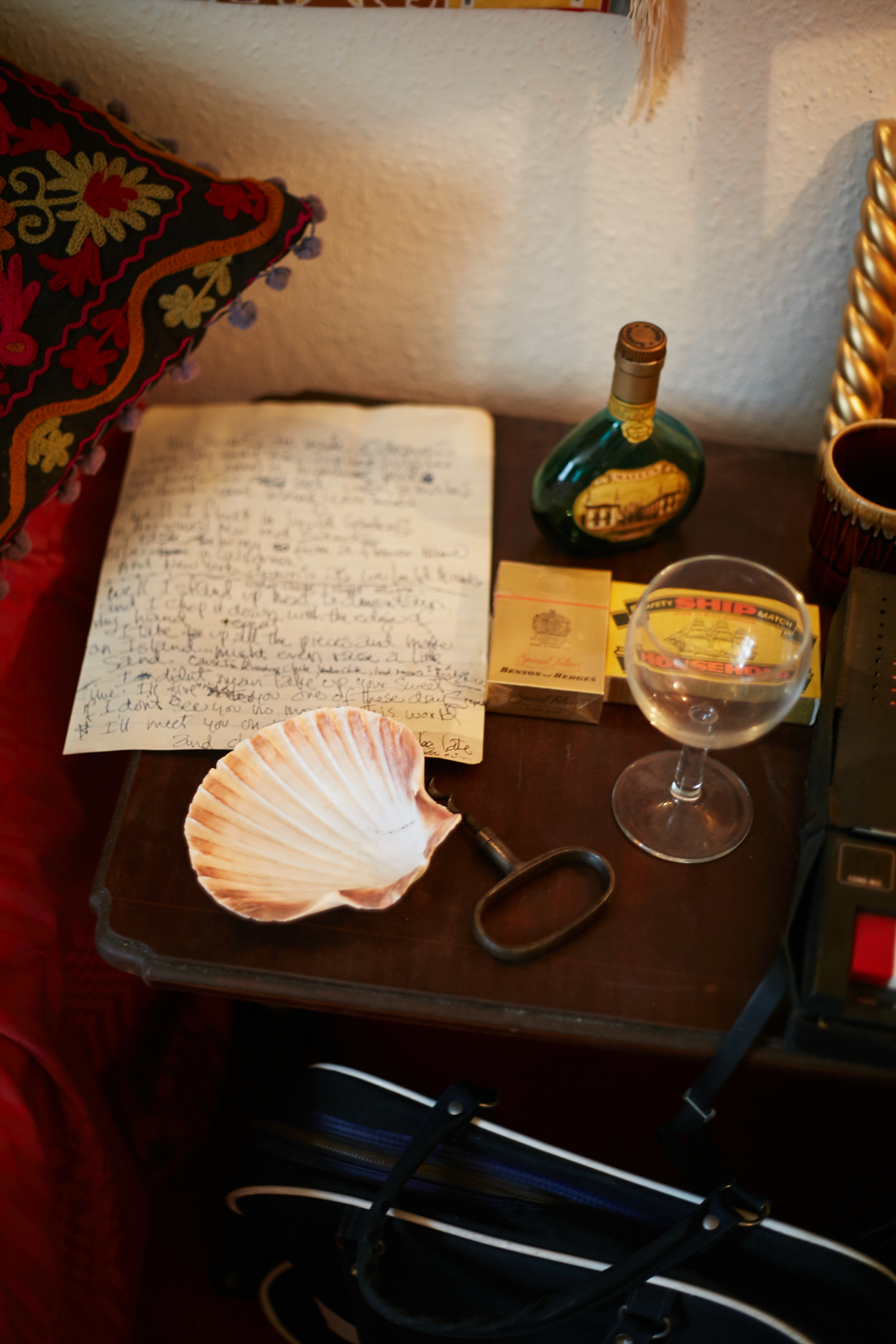 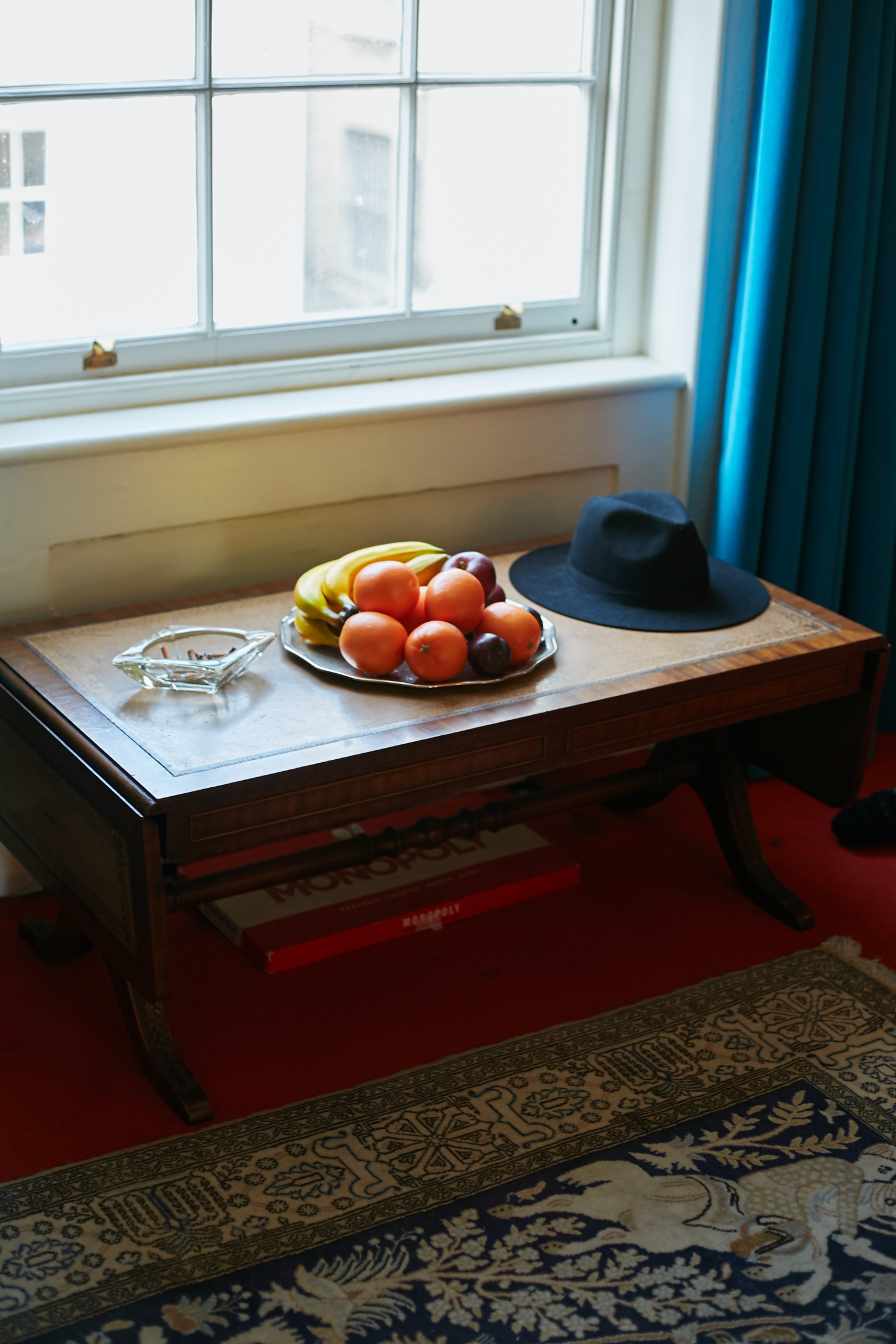 Hendrix moved into the third-floor flat in 1968 at a time when he was considering the next phase of his career. That summer he released his Electric Ladyland album.

Musical inspiration must have been rife in these buildings as the classical composer Handel lived next door for 36 years before his death in 1759.

As soon as Hendrix had learned that Handel would have been his neighbour, he and Kathy headed to the One Stop Record Shop on nearby South Molton Street and stocked up on his classical albums. 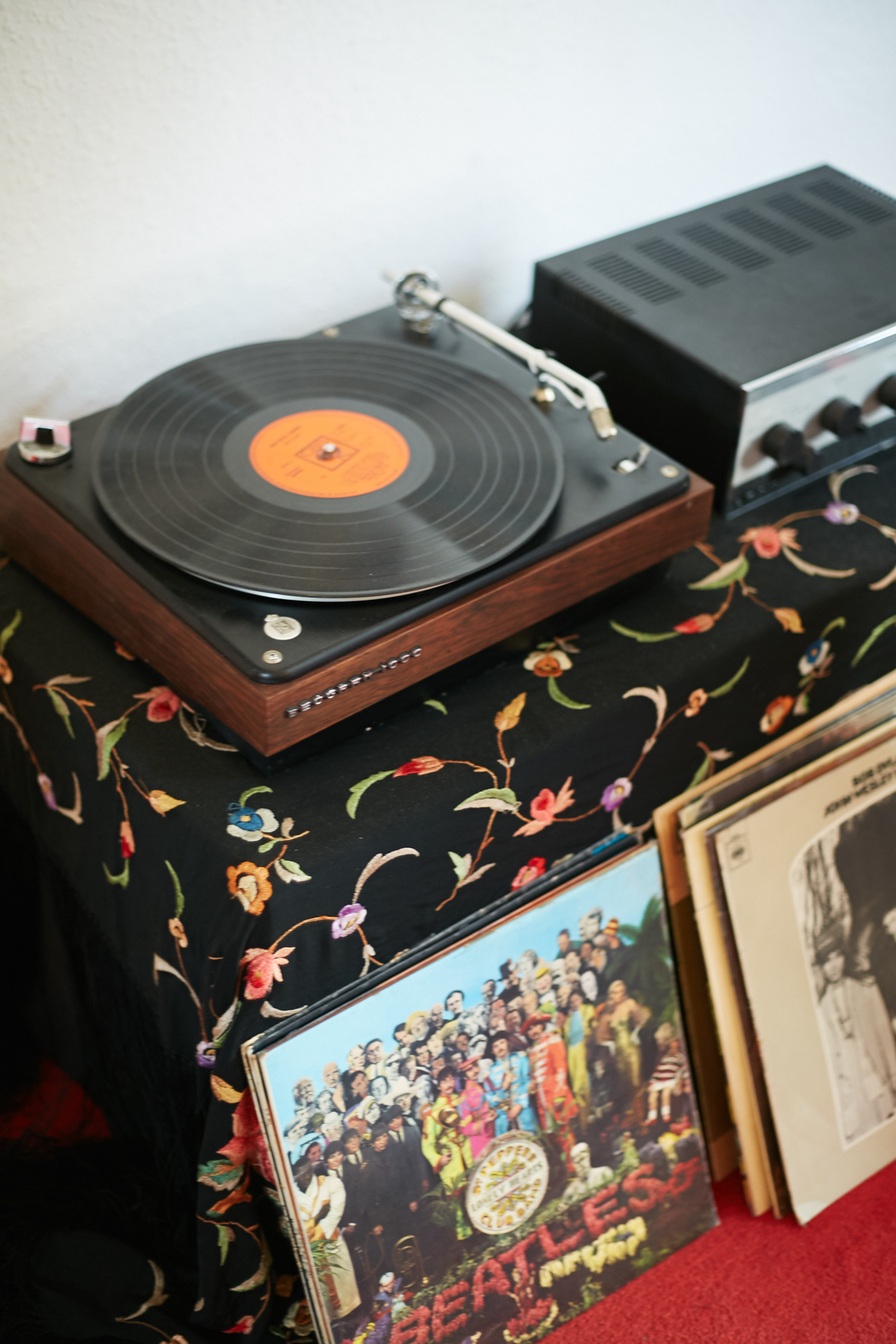 Jimi had quite the vinyl collection (as do I) which he played on his Bang & Olufsen turntable; this display features covers of records he kept at the flat – spot the Handel: 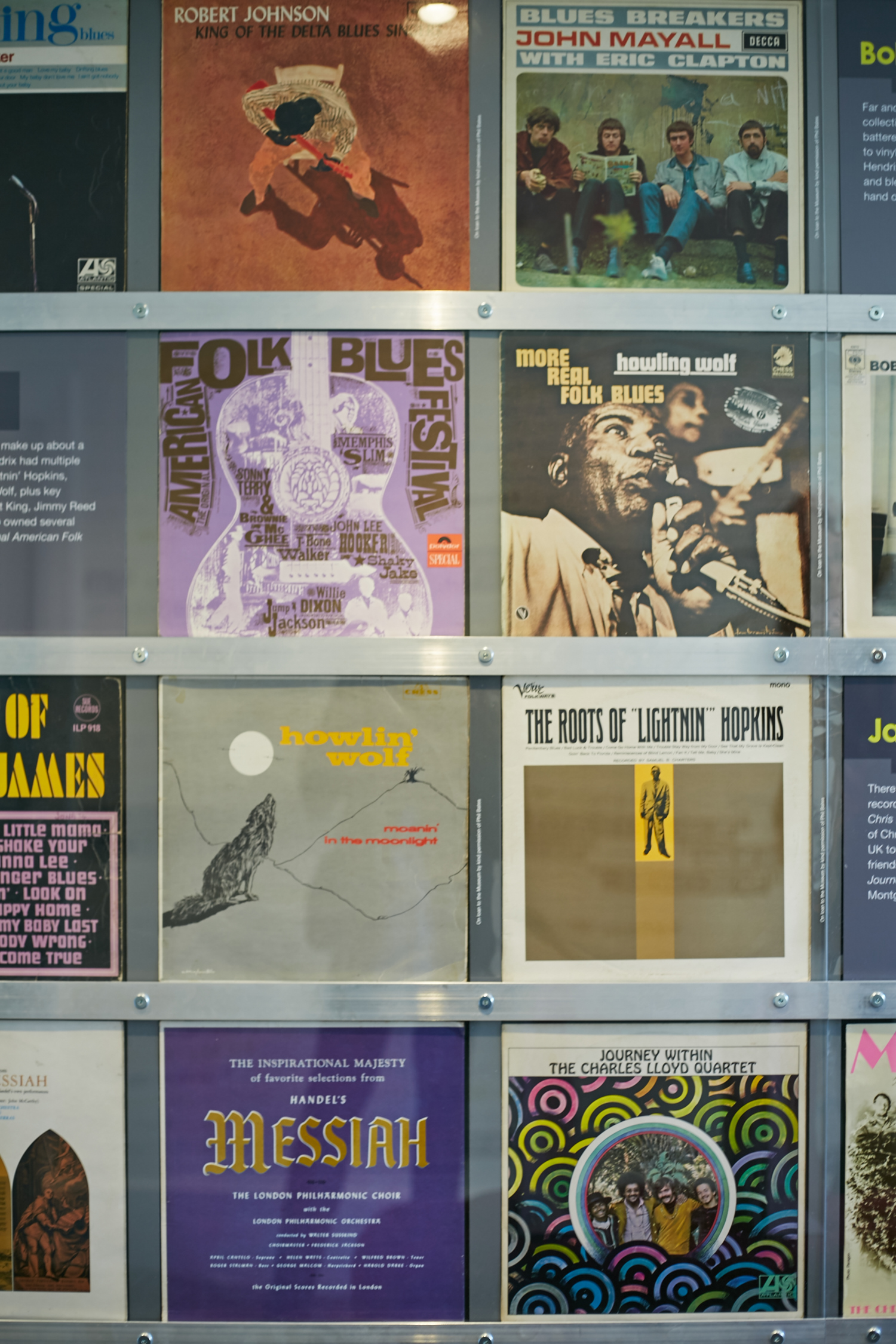 Tbh the only major difference I could spot between the styling of Jimi’s home and my own was the tech; while his tape recorder and rotary dial telephones (a public and private line) were very current at the time, I couldn’t be without my trusty Sonos sound system and iPhone cos gurl gotta be connected! 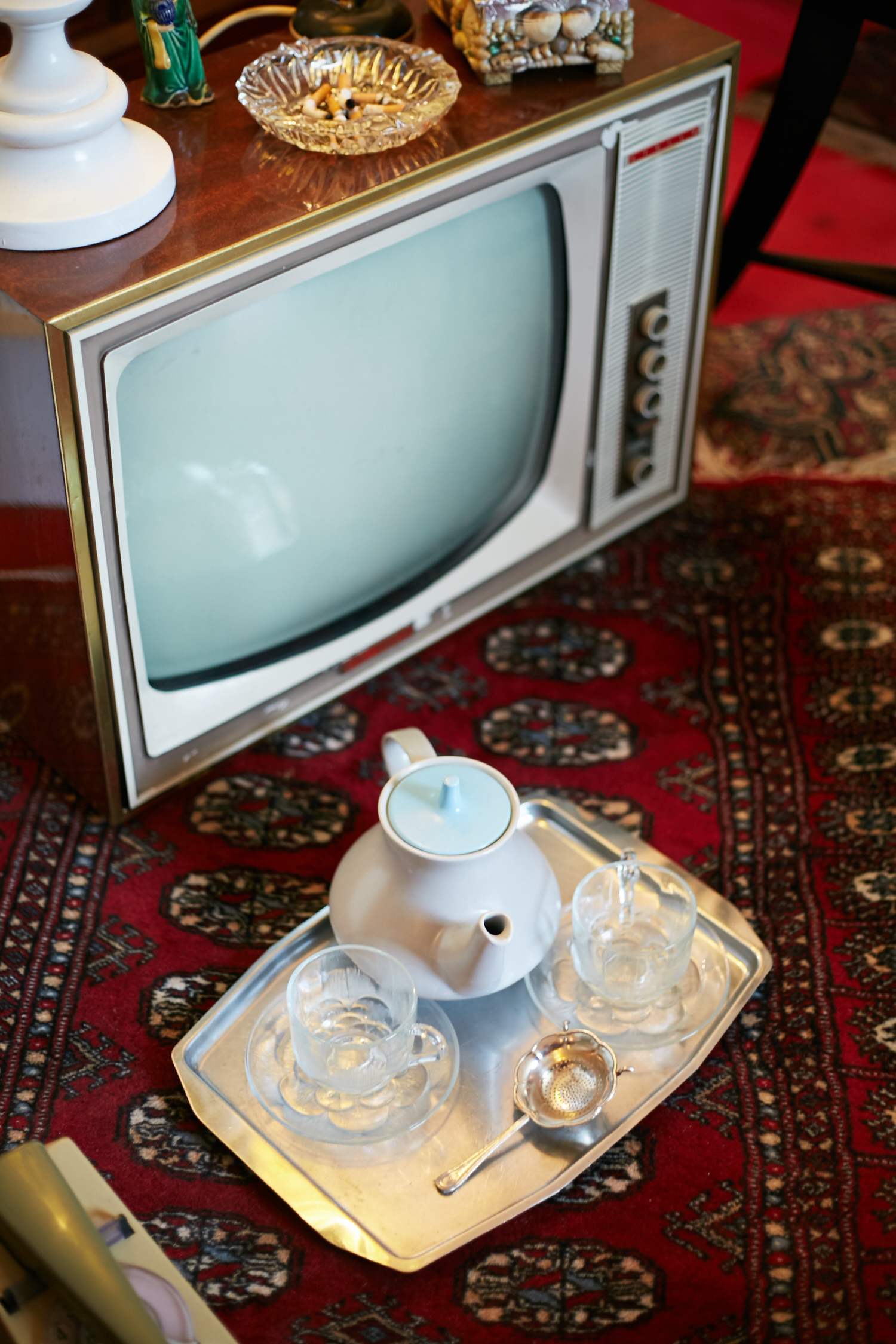 In a bid for being more authentic, interior style has been on my mind recently. The current trend, in the blogosphere at least, is to have all-white walls and marbled everything with minimal copper accessories.

But you know what? That’s so not me. I like my décor to be decadent, just like Jimi did. 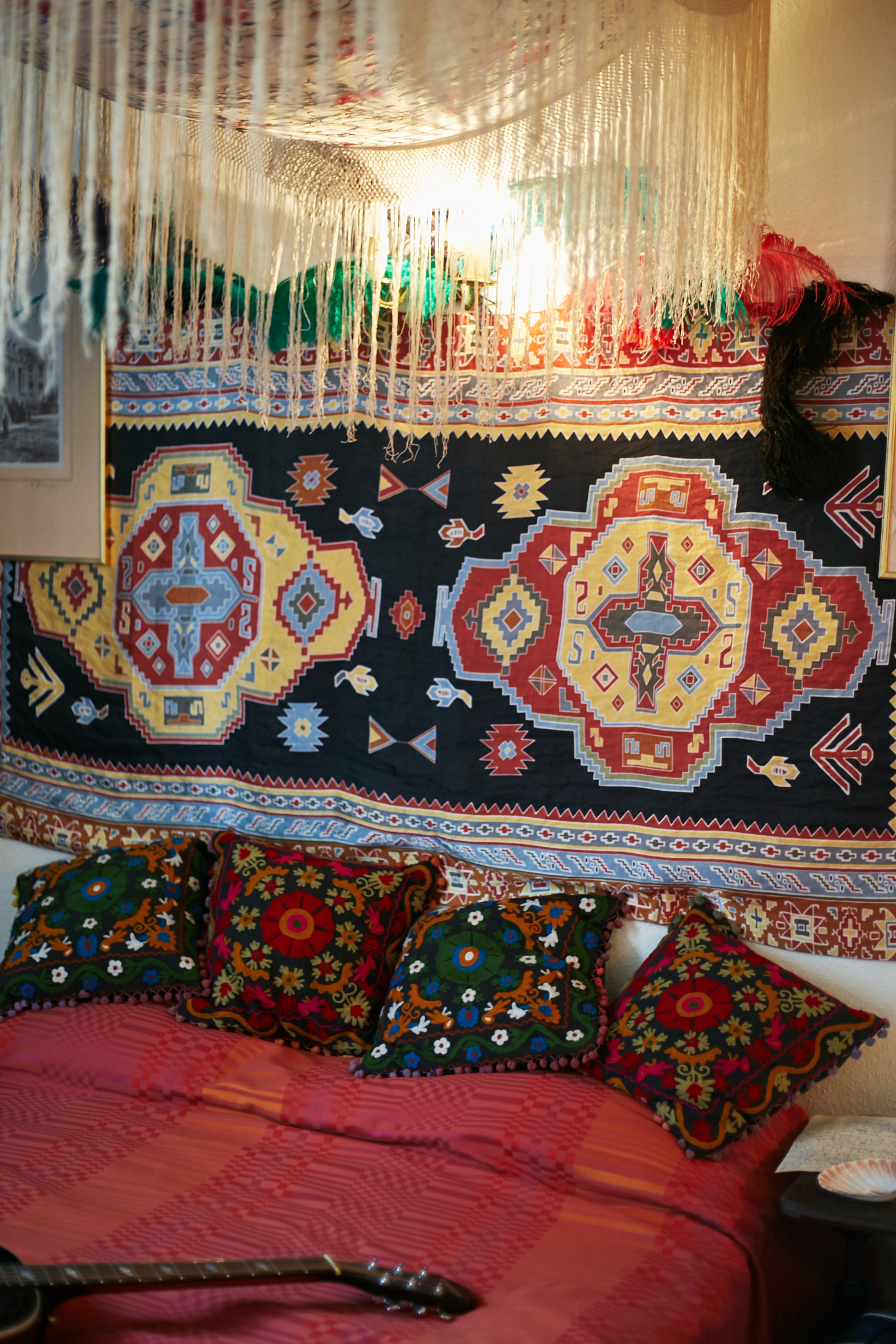 I feel like I lost my way a few months ago, and I got suckered into the whole blogger aesthetic of posting minimalistic, bright, white flat-lays and interior shots on Instagram.

However, like David Attenborough’s subjects, I’m happiest in my natural domain: Bohemian Boudoir. Chuck me some chintz, drape a fringed shawl over a lampshade for some atmospheric lighting and I’m like a pig in shit. 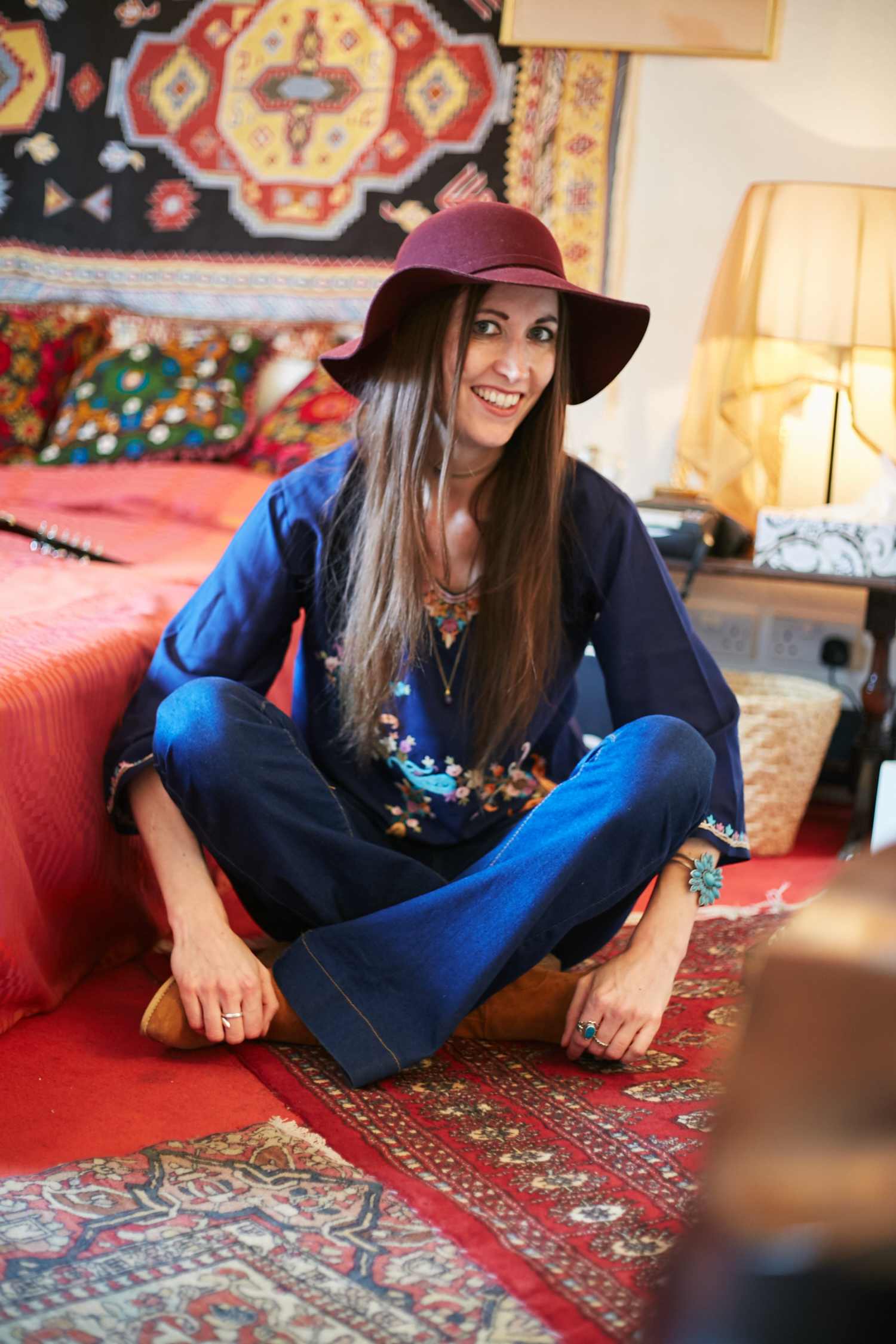 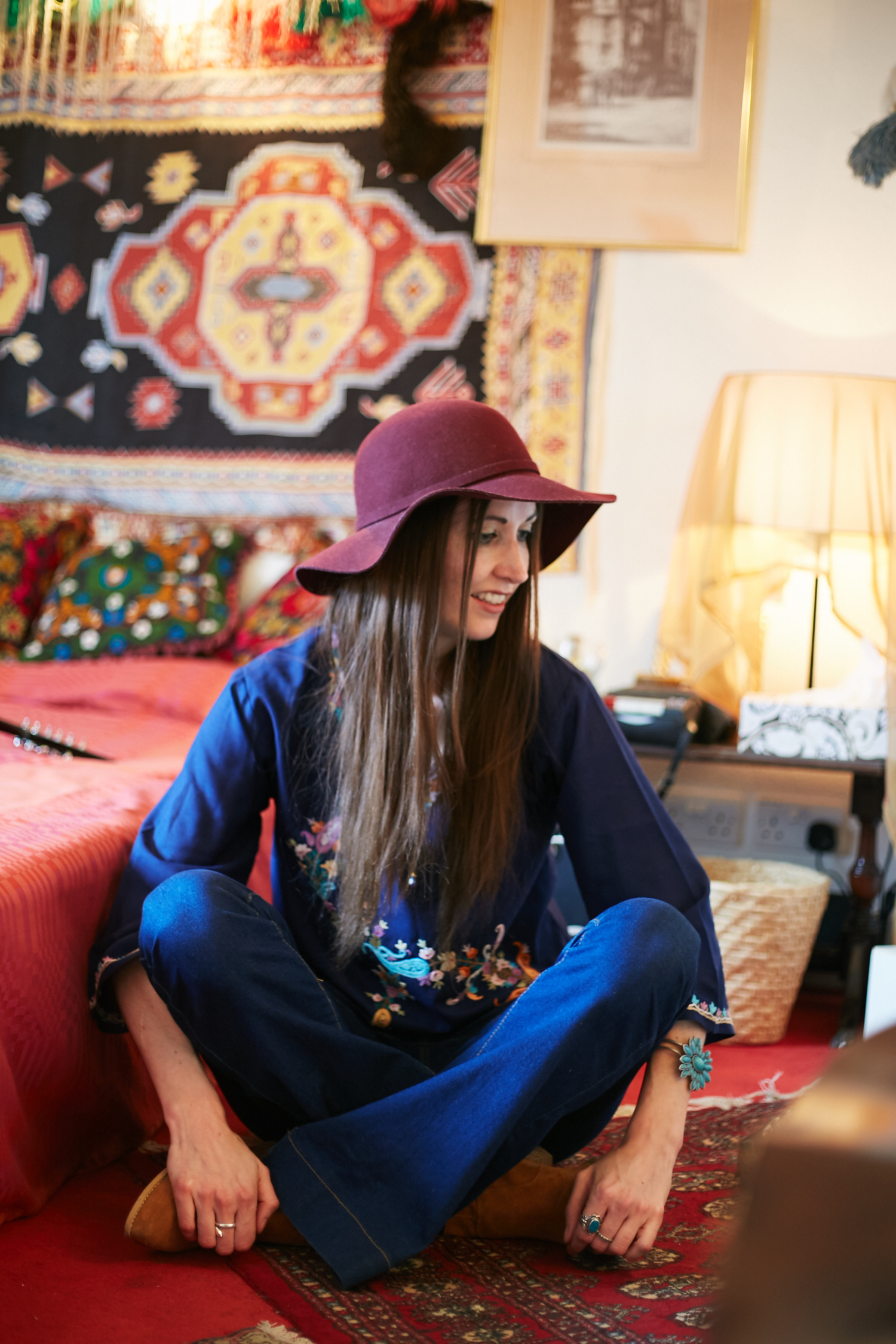 And yeah, I realise Jimi’s walls were actually white (lol) but tbf he didn’t own the place (he was renting it for £30 a week). And pesky landlords just won’t let you make any permanent changes, even if you’re the greatest guitarist in rock ‘n’ roll history, right? 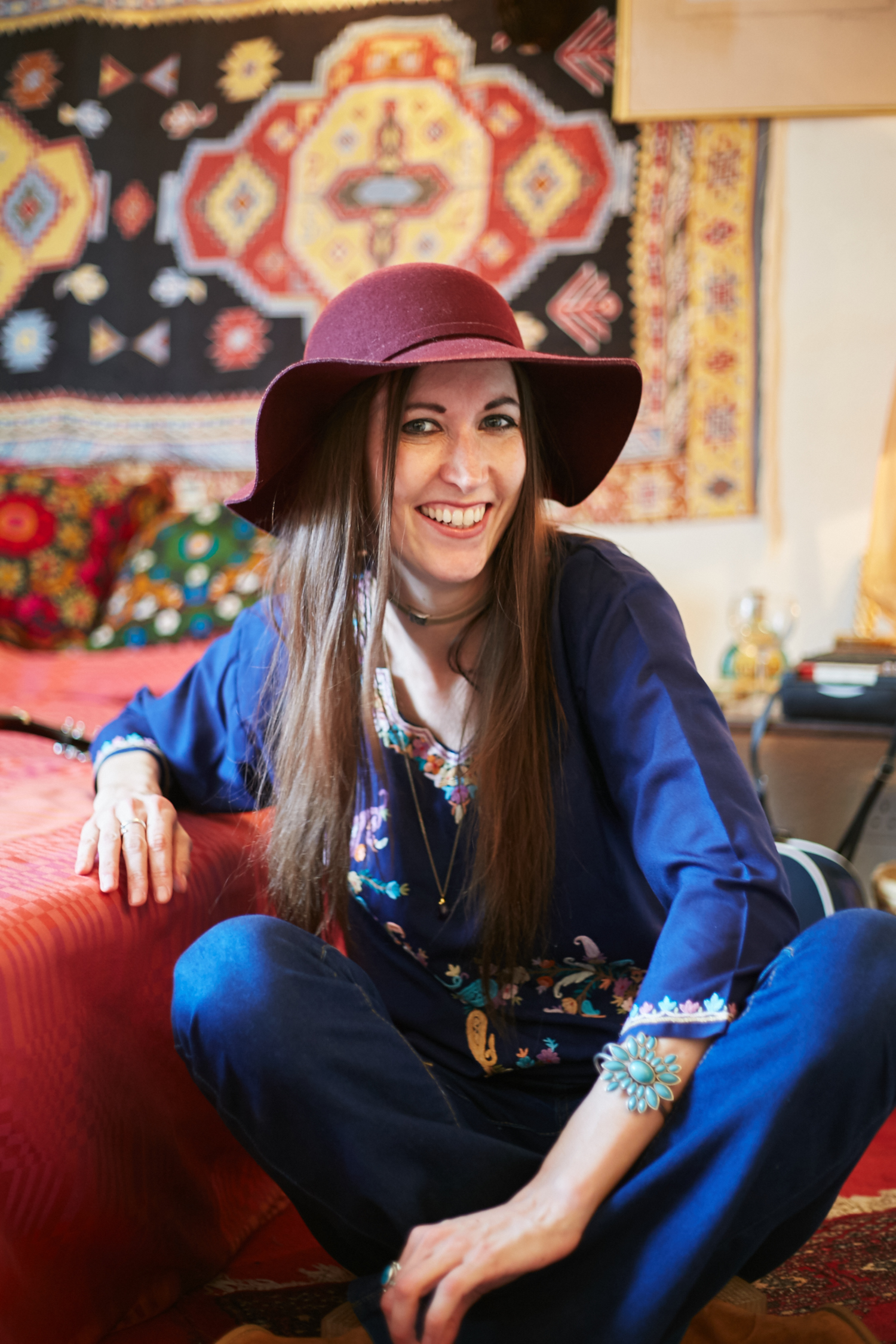 Obviously, if Scandi-style minimalism floats your boat, then that is of course totally cool. But if, like me, it doesn’t, don’t follow the herd, in an attempt to rack up likes, adulation or acceptance. You should just do you. Always.

And you know what? Since I started embracing my natural bohemian style, I’ve noticed a small but steady increase in engagement on the things that I post anyway. Maybe it’s because I’m attracting a more connected, like-minded audience? Who knows. Who cares?!

Hendrix left the flat in 1969 and sadly died in Notting Hill in September 1970. I’ma leave you with an extract from a poem he wrote on the eve of his death, which feels particularly poignant RN:

The story of life is quicker than the wink of an eye.
The story of love is hello and goodbye.
Until we meet again.

Jimi’s flat is part of the Handel & Hendrix In London museum at 23-25 Brook St, in Mayfair, London. A joint ticket costs £10. For more information, and to book tickets, head to handelhendrix.org. 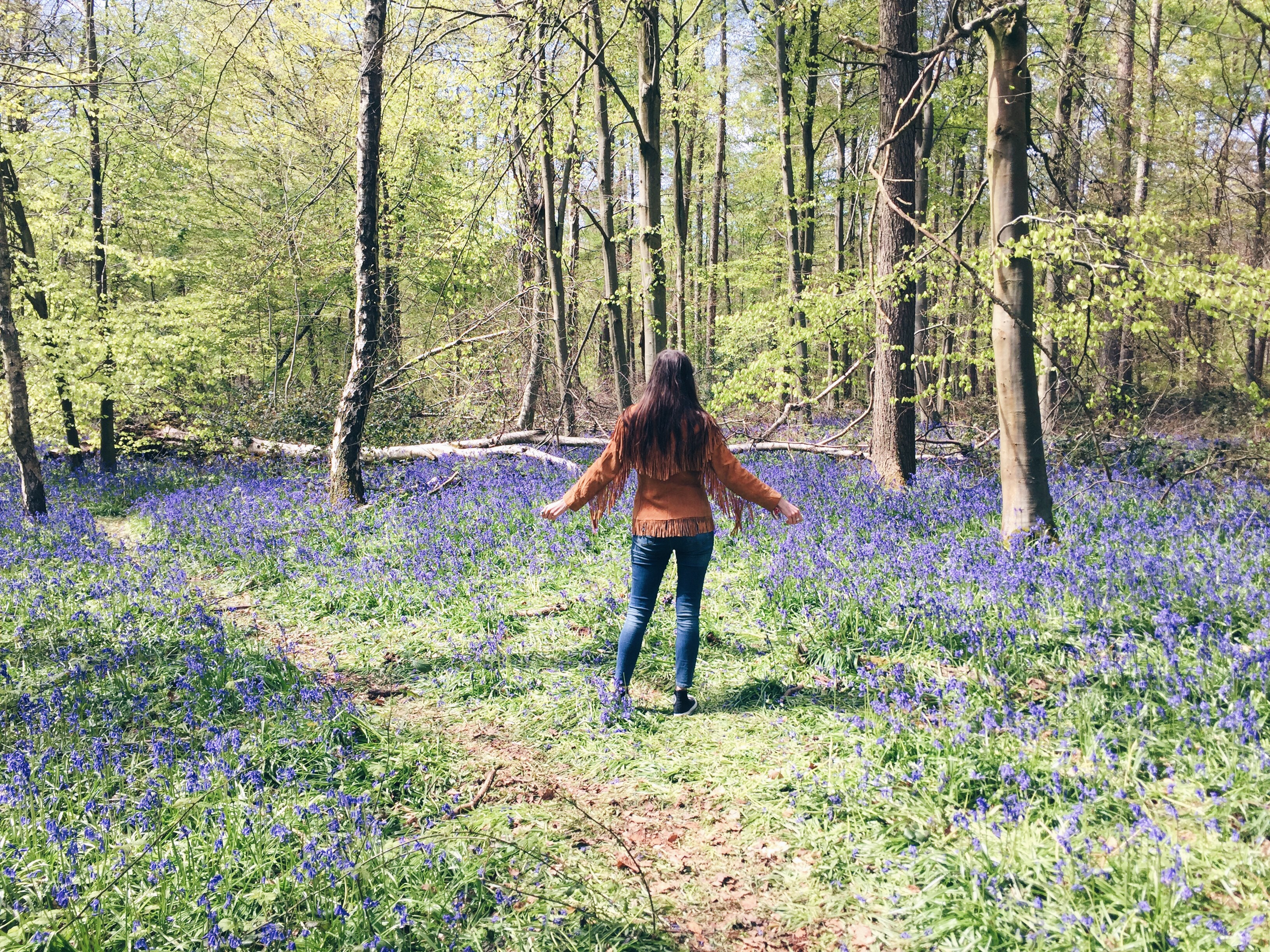