Oftentimes when I’m plugged into a good song, headphones on, walking down the street I may or may not pretend I’m in a music video.

Oh, alright. I ALWAYS pretend I’m in a music video. In fact, I don’t even need iTunes, I can quite happily be walking to the newsagents, humming the song to myself, scowling at passers-by and cars waiting at the traffic lights as I clutch my cheap carrier bag full of over-priced yet essential purhcases, like gravy granules or four cans of Red Stripe.

I’ve even progressed to the next level of pretending to be in a sad music video when I’m driving by night. In fact, that might have to be a spin-off feature – music vids in cars *hello Alanis Morisette, Depeche Mode and Radiohead* – but for now, enjoy our Top 10 walking music videos music videos…

Probably the best known street walking video and easily created by walking down Oxford Circus on a week day and bouncing off bothersome tourists.

Though if you want to accurately recreate Ashcroft’s arrogant swagger, you’ll need to take yourself off to the Hoxton Road, North London and start your journey on the southeast corner of Falkirk Street. Don’t forget to walk over, not round, any cars what get in your way.

Any video with a dog wearing sunglasses is a winner in my book.

This vid is said to have been the inspiration behind The Verve’s one (which in turn inspired… Fat Les’ one). Featuring the song’s vocalist Shara Nelson walking through the streets of downtown LA in one continuous shot.

Towards the end, the members of Massive Attack gradually start walking behind her – and The Verve even pay homage to this at the end of their video, where the band join Ashcroft and walk off into the distance (and leading into the beginning of the video for The Drugs Don’t Work).

(See also: Ian Brown, F.E.A.R., where he cycles backwards through Soho on a Chopper. Hero.)

Ian Brown and his cocky Manc march were made for street walking videos. In this vid, he takes the concept quite literally, leading a 40-strong marching band through the (rainy) streets of Manchester; starting on the Aytoun tramlines in the city centre and ending in the ‘wastelands’ by Prince’s Bridge on the edge of Salford.

The Bee Gees were the original 70s street walkers with plenty o’swagger in their snake hips. This wasn’t actually filmed on a real street, fact fans; appaz it was filmed on an abandoned subway terminal set at MGM Studios. Though we’ll let them off as their lyrics have essentially formed the walking-down-the-street-in-a-music-video mantra:

Well, you can tell by the way I use my walk, I’m a woman’s man: no time to talk

Ahhh, Beck – that crazy wee Yanky scamp. This video is as bonkers as Beck himself, as he walks through various New York City locations, dressed like a cowboy and carrying a boombox. Sure.

Occassionally, we’re treated to a freeze frame of Beck’s boat race, and at the end, the camera zooms in on spies that have been following Beck the whole time. That shit cray.

This was filmed on… the streets of Philadelphia, idiot.

Like the film, it’s all pretty depressing as Springsteen walks down bleak city streets, then a busy park and schoolyard. It ends with Springsteen walking along the Delaware River, with the Benjamin Franklin Bridge in the background – and look out for Tom Hanks’ cameo appearance.

Appaz the vocal track for the vid was recorded live during the shooting, with a hidden microphone,to capture how totes emosh the song is. Fancy.

Not only is this video EXTREMELY COOL but it teaches us all A MESSAGE. Oh, and Erykah takes off all her clothes. And gets shot. And all this happens in downtown Dallas AKA the very place where JFK was assassinated in 1963. POLITCAL.

This has got a bit of a Sex and the City Vs Sliding Doors Vs Inception vibe about it. It’s very clever and probably every man’s fantasy: ten million Kylies running around, oh my!

OK, so this video isn’t strictly filmed on a street as such (though parts of it are), and it certainly wasn’t done it one continuous take BUT I LIKE IT OK?

And this is a particularly good song to pretend to be in the video of; getting all angry and that. But probs wouldn’t recommend carrying a leaky can of petty around with you, yeah?

Right, I knowI’ve now veered right off course, but this is a good ‘walking’ video, none-the-less.

It was filmed in slow-mo at Studland Bay in Dorset, and may have been the last time Chris martin had a full body wash.

Oh! And as a Brucie Bonus, let’s not forget:

Featuring Dave Gahan dressed up as a King, wandering the hillsides of the Scottish Highlands, the Portuguese coast and the Swiss Alps, armed only with a deck chair. Sure.

Epic vid, epic tune. Unfortunately, it brings my grand total to 11 vids, and ruined the title so I’ve shoe-horned it in as a cheeky extra. Welcome! 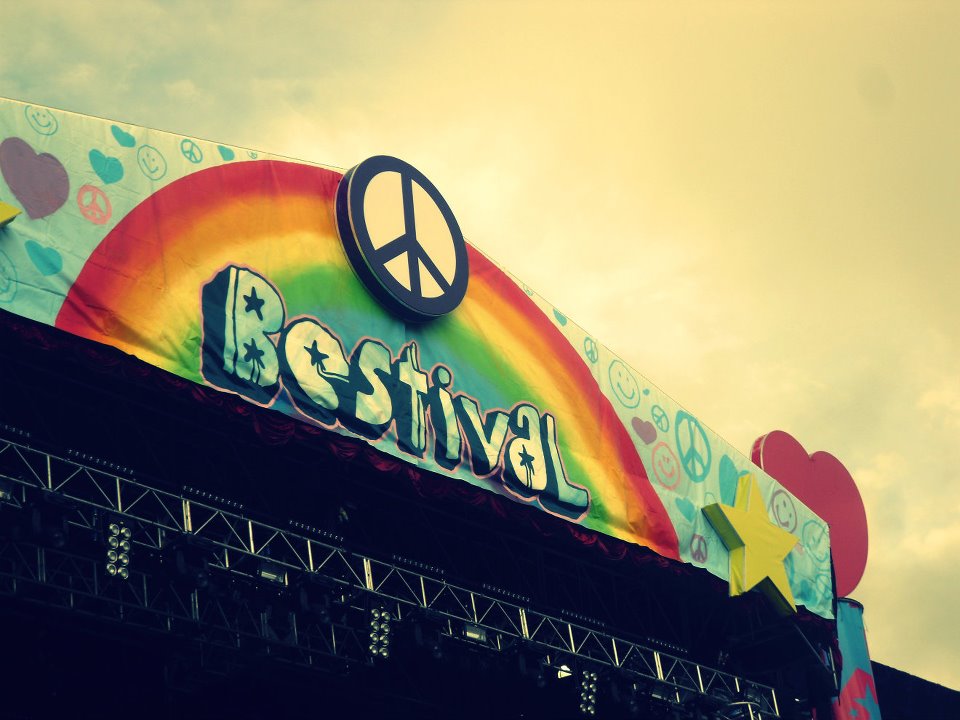 Le Blow tests a blower at Bestival // AKA is there a smartphone out there with a battery that can last at a festival? 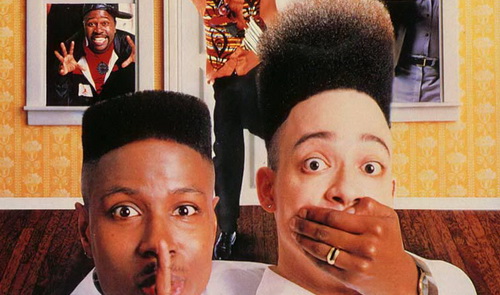