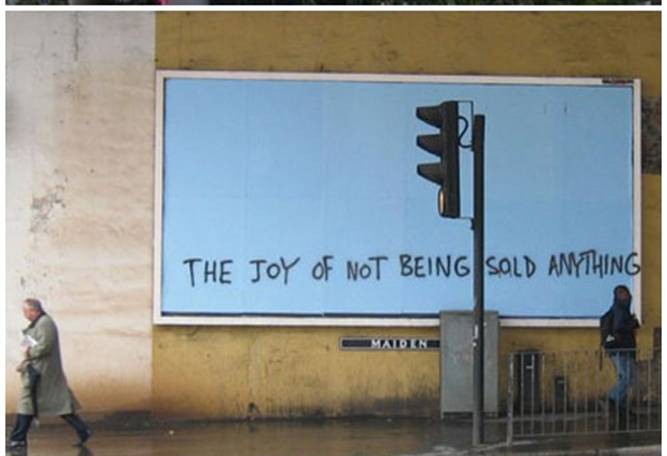 There must be more to life than having everything – Maurice Sendak

Well, yes, there is, Maurice – but we’re living in a material world (and I amma material girl), ain’t we?

I’ve been pondering on this since the whole sorry Black Friday saga, darker by nature than anyone could have possible imagined, where shoppers went bat-shit crazy over discounted TVs in Asda and the like:

The scenes were disturbing – and not least because we in the UK do not even bloody celebrate Thanksgiving, the precursor to this retailing frenzy.

Reminiscent of Zombie Apocalypse and other made-up stories, but also of REAL LIFE events, namely the opening of Primark’s London flagship store back in 2007: 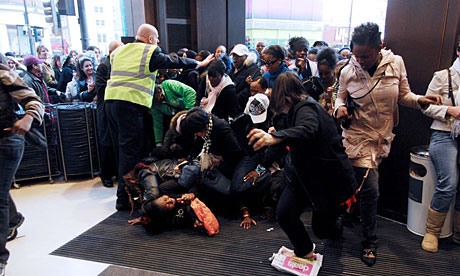 And, even more worryingly, the looting following the 2011 London riots: 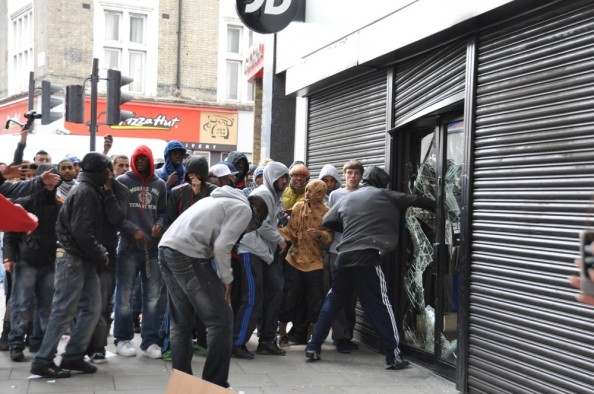 Snigger at Primark and looting being in the same sentence though, as the store often looks like it’s been ransacked, errrrrrr day of the week.

As Christmas draws near, the Dalek shopper in all of us is revealed: MUST! BUY! GIFTS! Even for those of us experiencing ‘less is more’ contentment, it’s hard not to be dazzled by all that’s displayed. So many choices, so many wants, so many beautiful things beckoning you to buy. Better still, if there’s a bargain to be had.

The prospect of bagging something for (practically) nothing (or literally, in the case of the London looting), seems to make us, as a race, revert back to Neanderthal times, which might actually be a bit unfair to cavemen – even the Ten Commandments, written by God, warned people off coveting goods (and stealing them, for that matter. It’s like He knew).

So why are we so compelled to buy ALL THE THINGS? Why are so materialistic and attached to shit loads of stuff?

Why do we constantly strive to to bag a bargain, strike a deal, blag a discount, as though by owning the latest gadget or gizmo will somehow make life better?

I’ve been thinking about this for a while, as I’ve noticed recently that I am buying and consuming much less lately, despite the fact I’m earning more than ever before (that seriously wasn’t a humble brag, BTW. Just a genuine observation). It’s as though the happier I am, the less I need to spend, like some sort of fucked-up sliding scale. I’ve probably made my bank manager very happy, too, as a direct result of this (although I was probably funding his bonus with my constant overdraft fees, so p’raps not, eh?). 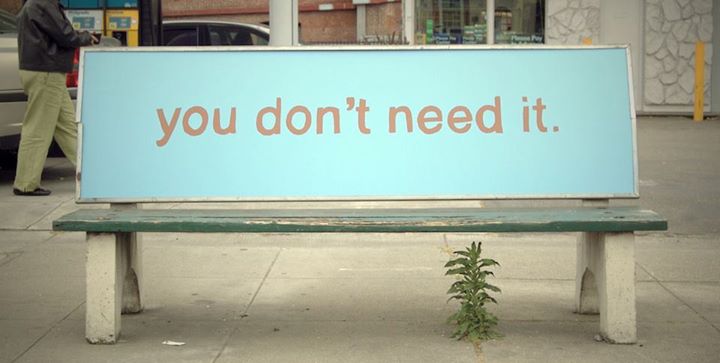 There is definitely a certain amount of happiness to be had in the ‘retail therapy’ element of shopping, in the thinking about the purchase beforehand – probably more so than actually owning the bastard thing you wanted in the first place. Buyer’s remorse, and all that (UGH, that). So we consume to fill the void.

And there’s also the competitive element, the one-upmanship, the ‘keeping up with the Joneses aspect, which might go some way to explaining the carnage in the pictures above.

Ironically, the last recession of 2010 may have also made us all more prone to materialism as we focus more on having (or not having) money and possessions.

We certainly live in a culture that continually tells us our worth is based on our bank account. But don’t forget that money, in and of itself, is actually nothing. Money is only a medium of exchange, allowing people to trade goods and services, but the value people place on it has nothing to do with the physical value of the money.

When we make a purchase and/or get what we want, we are temporarily happy and fulfilled. But the reason for happiness is not because we got what we wanted, but because for a brief period of time, we stopped wanting, and so we experience peace and happiness. Ahhhh, don’t it feel nice?

We need to recognise that more stuff doesn’t equal more happiness, and shift away from a culture of materialism towards one of experimentalism. Then, we need to find something more meaningful to replace the material items with. And that something, my friends, is experience: doing things instead of buying things. 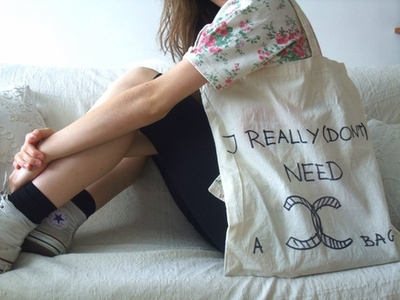 So, in an odd sort of way, money can make us happier – but only if we spend it in a certain way. In their book Happy Money: The Science of Smarter Spending, authors Elizabeth Dunn and Michael Norton did a shit-load of research to explain how we can get contentment from cash. There are five key principles behind it: 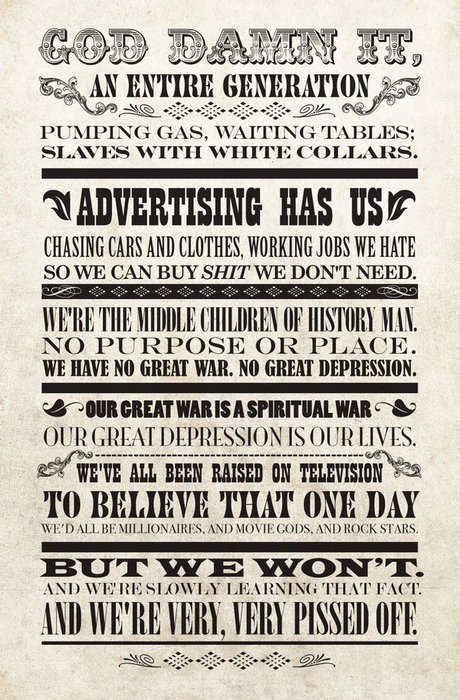 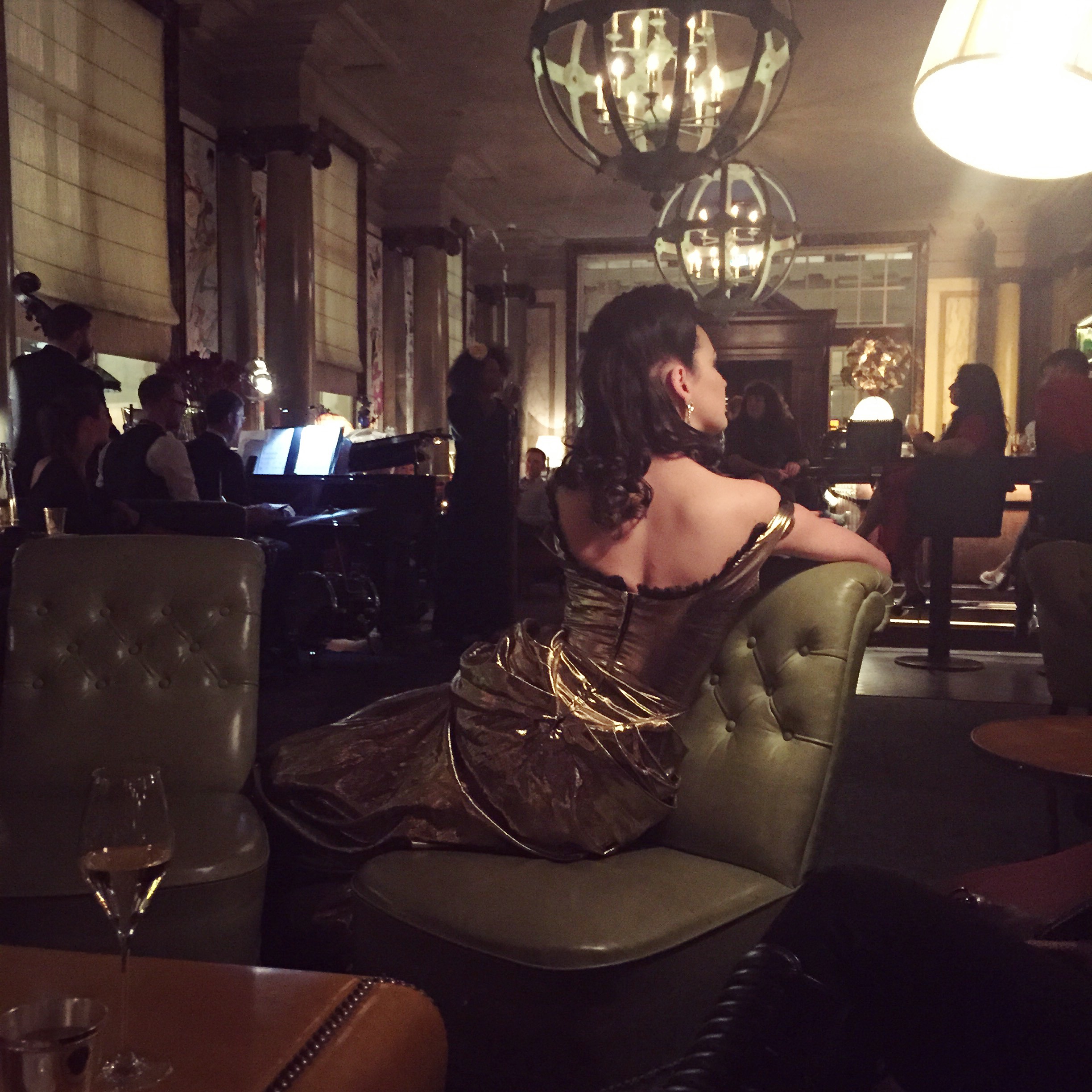 Blow Out (and about) // Cabaret at Scarfes Bar, Rosewood London